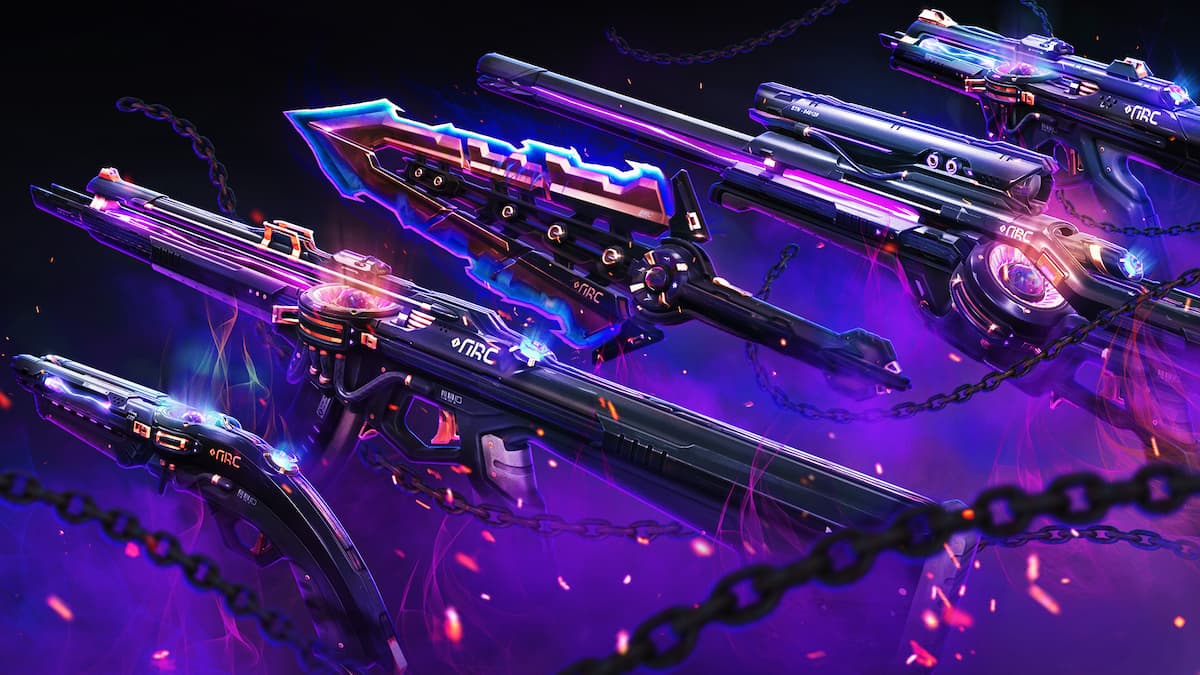 Valorant’s next season of content has arrived with the launch of Episode 5, Act 1, and while the talk of the town is undoubtedly the game’s new map, Pearl, there’s also a new weapon skin bundle called ‘Prelude to Chaos’ that is likely to start turning heads. That’s because it might just be in contention for one of Valorant’s coolest ever, designed around a dark-sci-fi theme reminiscent of edgy cyberpunk.

Valorant’s principal artist at Riot Game, Chris Stone, explains his “first shooters were Quake III, Half-Life, and UT99” and that he has always “had nostalgia for the industrial, heavy shapes mixed with potent and often unstable energy sources.” Apparently, the recent resurgence of classic arena shooters felt like a perfect time to bring the same design to Valorant.

Associate art director Sean Marino said that when designing the bundle, the team asked themselves “what would edgelords who love sci-fi want in a skin? What would it feel like to kill a demon?” They wanted to create something similar to the popular Reaver bundle but in a dark sci-fi style. You can see for yourselves what the team came up with in our gameplay preview below.

The bundle is XE tier, or Exclusive Edition, the most premium of premium skins, coming in at 8,700 VP. Here’s what you get for the best part of $90:

Valorant’s next weapon skin bundle will launch next week, June 22, along with the release of Episode 5. This new season of content includes a new map called Pearl, battle pass, premium skin bundle, and the usual patch that is expected to bring balance changes, bug fixes, and possibly new game features.