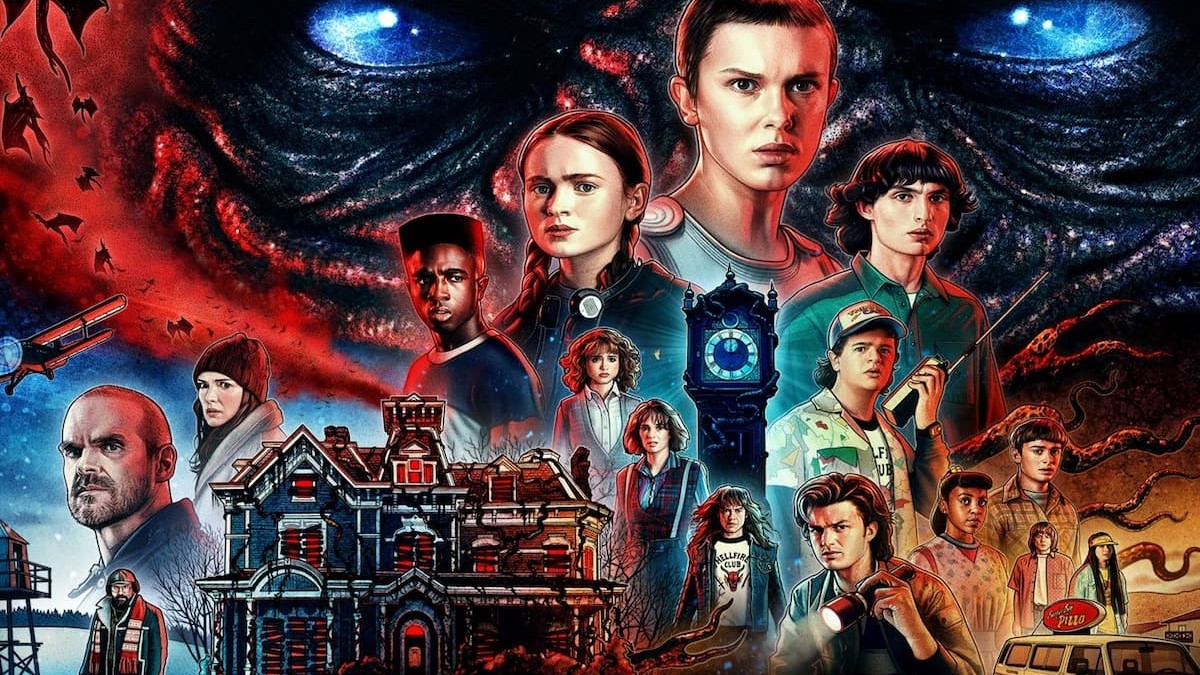 Need a recap of Stranger Things 4 Season Volume 1 before the second installment releases? We’ve got you covered with this guide on everything you need to know about the current adventures of the legendary Hawkin’s group. Furthermore, we’ll explain the characters’ whereabouts and the events that could transpire in the season finale.

***Before we go any further, it’s worth noting that the details of these events are significant spoilers for Season 4. So if you’d like to enjoy the newest season spoiler-free, we recommend you turn back now.***

Keeping track of the multiple storylines within Stranger Things can be challenging. But, fret not; we’ll break down each of the character’s missions and crucial moments that are essential to remember for the finale.

The latest episode of Stranger Things unveiled the disturbing truth of Vecna’s identity, with the reveal of One as the leader of the Upside Down. While Eleven slowly remembers her past, she awakens repressed memories of her time with Henry Creel and realizes he was responsible for the massacre at Hawkin’s Laboratory.

Now that we know about Vecna’s origins, we can understand why he causes havoc to innocent people. From birth, Henry displayed dark tendencies and unnatural abilities, resulting in the deaths of multiple family members and future victims. Fans of the series can undoubtedly expect a showdown between him and Eleven, especially after she bested him at such a young age.

The sentimental reunion between Joyce and Hopper reassures the community that not all is bad in the world of Stranger Things. After escaping the clutches of the treacherous Demogorgon, Hopper can’t help but smile at the sight of Joyce Byers. Of course, everything leading up to this moment proved challenging for both parties, yet we still get rewarded with this touching moment between the two.

What happens next for the group in Russia is a bit vague, but they will likely go back to Hawkins to help fight against Vecna. At least, that’s what fans are hoping for because someone has to be a parent to these meddling kids.

Eleven Tries To Reawaken Her Powers

Eleven’s powers have been lost since the end of Season 3, and she’s been doing everything she can to bring them back. Luckily, hope remains for the teenager as she collaborates with her deceitful “Papa” and fights to regain her strength. A few moments in Season 4 have displayed hints of her returning powers; however, she hasn’t reached her full potential yet.

The latest trailer showcased Eleven leaving the facility to aid her friends in Hawkins, so it’s unclear if she will ever unlock her hidden strength again.

Nancy Is Vecna’s Next Victim

As Nancy Wheeler, Eddie Munson, Robin Buckley, and Steve Harrington try to escape the Upside Down, Nancy abruptly gets overtaken by Vecna. While Steve calls out for her, she dives into the memories of Henry Creel and unravels his secrets, similar to Eleven.

Keep in mind that Vecna has only targeted people with a traumatic past, and Nancy, unfortunately, has that aspect covered. Furthermore, Max Mayfield is still under Vecna’s curse, so we have yet to see what happens to her as well.

Another vital component of Episode 7 revealed that the Upside Down is stuck in the same time frame when Will first got abducted. So, what could this mean for this alternate dimension? Hopefully, we’ll get an answer to this question in the season finale.

The Search for The Nina Project

The group previously stationed in California, including Mike Wheeler, Will Byers, Argyle, and Jonathan, continue their search for Eleven and the mysterious Nina Project. Now that they’ve finally obtained the coordinates of the facility, thanks to Suzie Bingham, they are on their way to “rescue” Eleven. However, fans are unsure if the group will make it in the time since she may have already left the area.

Each of the boys is going through many different emotions and turmoil in each passing episode. For example, Mike’s last conversation with Eleven ended horribly, causing him to feel guilty for losing her. The Byer brothers are also experiencing changes in their lives as Jonathan rethinks his relationship with Nancy and Will continues to come to terms with his identity. Although Argyle is a newcomer, he is certainly along for the ride; we just hope the Surfer Boy Pizza van can remain intake on the journey to Eleven.

The Town Begins the Hunt for the Hellfire Club

The last thing you need to remember is the town’s search for the members of the Hellfire Club with Jason Carver as their leader. In addition, the community is slowly deceived by his convincing words and believes that Eddie murdered Chrissy Cunningham. With the threat of Vecna closing in, you can also expect some resistance from the town in the newest episodes.

On top of all these factors, Lt. Colonel Jack Sullivan is hunting for Eleven to eliminate her. Moreover, with so many dangers surrounding the Hawkins group, will they make it out alive in the season finale? Fans can anticipate these answers once everything unravels in Volume 2’s conclusion.

That does it for our recap of Stanger Things Volume 1 and potential expectations for the next installment. Before you go, be sure to check out our guide on why Stranger Things Season 4 is split into two parts and explore any of the relevant links below.