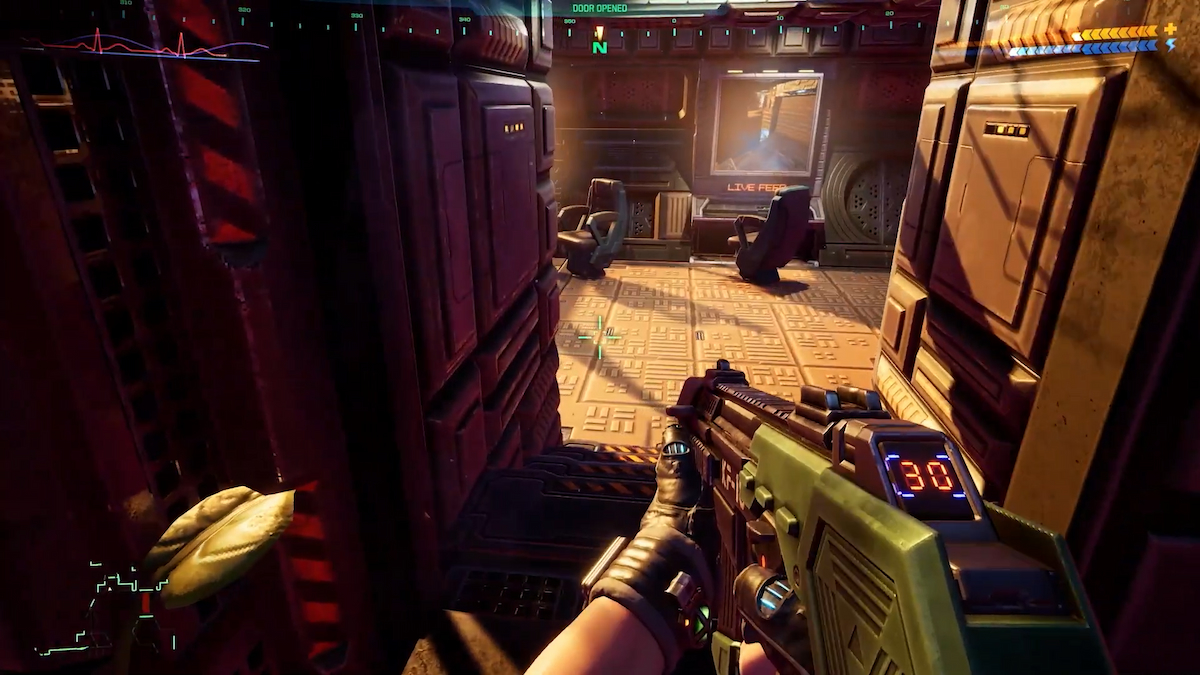 You can watch the official trailer for yourself below:

You can find the video with the interview below. It starts at 2:05 and we’ve linked to the correct moment:

For those maybe not familiar with the over 20-year-old game, Steam gives a rundown of the remake’s story as:

Meet SHODAN. The psychotic AI has taken control of Citadel Station and turned the crew into an army of cyborgs and mutants; She now plans to do the same to Earth. You must explore and battle your way through the depths of a space station gone to hell. Stop SHODAN and avert humanity’s destruction.

The story feels very 2001: A Space Odyssey with an AI gone rogue holding a whole space system hostage. System Shock has also very heavily inspired games like BioShock and Prey. Changes are, if you’ve ever played a video game, you have played a game at least partially inspired by System Shock.

The System Shock remake will be arriving at a currently unknown time in the future for PlayStation 4, PlayStation 5, Xbox One, Xbox Series S|X, and PC.