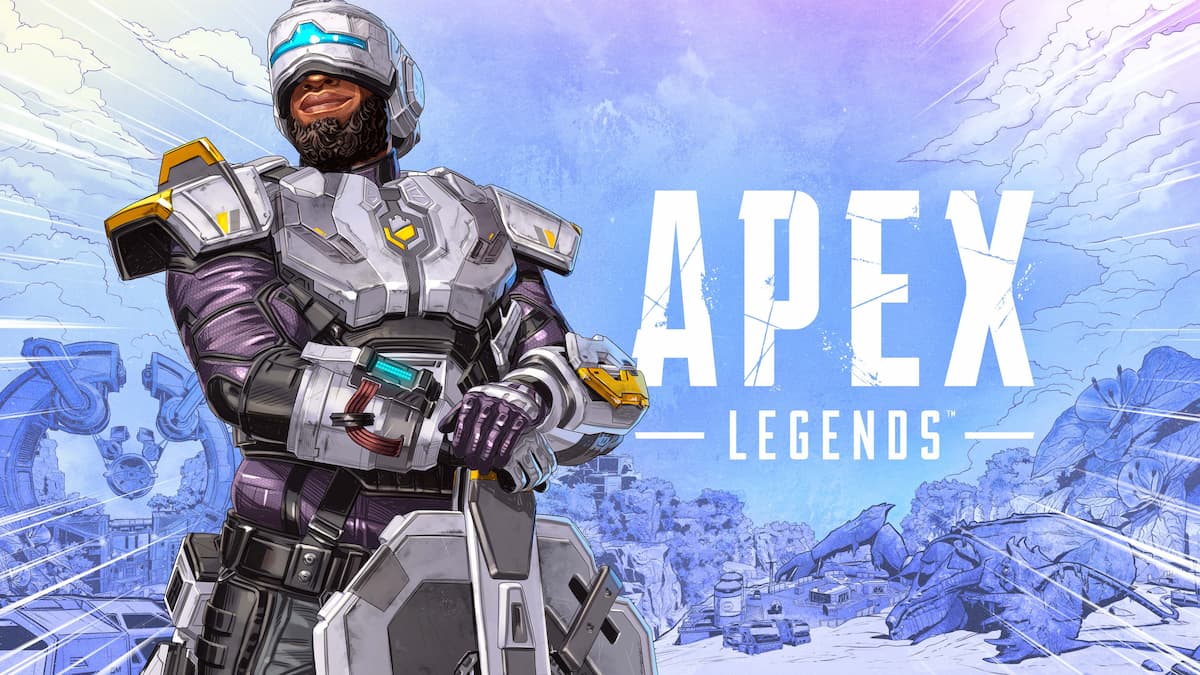 This season is bringing some big gameplay changes through significant character balancing, changes to Storm Point, and, of course, the addition of another new Legend. Before you start jumping into matches, here’s everything you need to know about what’s new in Apex Legends Season 13: Saviors.

Bangalore’s long-lost brother, Jackson Williams, is joining the roster in Season 13 as Newcastle. His Stories From the Outlands trailer showed us that he’s actually filling in for the real Newcastle, leaving his peaceful life with a new family behind.

Jackson joins the Apex Games to earn money to settle a debt and protect the people he cares about, so it only makes sense that his playstyle is a defensive one. His Passive allows him to drag downed teammates into safer positions while protecting them with a shield that’s the same rarity/strength as his Knockdown Shield.

Newcastle’s Tactical deploys a Mobile Shield that can protect an advancing squad and even be redeployed to face another direction. His Ultimate, Castle Wall, has him jump up and slam down an electrified shield that slows enemies who touch it. The shield can be put down at exact teammate locations if they’re targeted with Newcastle’s visor before it gets deployed.

A single new POI has been added to Storm Point, as well as new PvE locations. The body of the giant sea monster from the Season 13 launch trailer is still in Storm Point, and it’s now known as the Downed Beast POI. It’ll provide more loot alongside the IMC Armories that introduce PvE instances against Spectres.

The sea monster’s carcass is located between North Pad, Checkpoint, and The Mill. You can fight both inside and around it, as it forms the new POI called The Downed Beast. You can even go inside it or climb on top of it, and some of the best loot is actually found inside its belly.

As seen in the image above, the beast will be surrounded by the same Ecological Cleanup and Hazard Outreach (ECHO) structures that can be found in Kings Canyon. These structures will provide even more opportunities to get loot around the outside of the beast.

Spectres were first introduced in Titanfall and, here, they can be found inside four IMC armories across Storm Point. Once a team is inside an armory, it’ll seal up preventing third-party situations. Then, waves of Spectres will attack for 60 seconds. The rarity of loot inside will improve the more waves you complete within the 60-second timer.

Smart loot is a new addition that should greatly improve your chances of getting the loot you need and/or want when scouring maps. These containers are found inside the IMC Armories and will scan what gear you have and provide loot that you don’t have, or upgrade the gear that you do have already — much like Lifeline’s Care Package.

Once the timer in an armory runs out, an escape route will be provided that will launch a team into the air to redeploy. This is only optional though, as teams can still simply exit the armory in the same way that they entered.

Ranked Mode is getting slightly revamped in what has been advertised as a “Ranked Reloaded” update, which brings plenty of changes to existing norms that players are used to. This includes the addition of the new Rookie rank, the ability to get demoted, and RP adjustments.

The Rookie rank has been added as an introductory tier underneath Bronze for those who need to be eased into ranked play a bit more. But, with that comes demotions. Players will now drop down to 50% of the previous tier after having three games where they fall below their current tier threshold. This means that a Master rank would go down to 50% of Diamond 1, for example.

In terms of RP, Respawn has decided that team play and kills should count for more. Now, when someone gets a kill, their teammates will receive the equivalent of 50% of the RP for it. Also, there’s no RP cap for kills, but the earned RP will decrease with each kill and will be higher or lower depending on the rank of the opponent that was defeated. For all of the specific numbers and details, you can check out Respawn’s Ranked Reloaded blog post.

The new Season 13: Saviors Battle Pass will be adding Legendary skins for Bloodhound and Fuse alongside two reactive skins for the Spitfire at the end of the pass.

As usual, the Standard version will cost 950 Apex Coins and the Premium one can be purchased for 2,800. The cheaper pass will unlock Epic skins for Pathfinder, Mad Maggie, and Newcastle, while the Premium will shoot you up to level 25 and give you all three of those along with a Legendary Fuse skin.

Looking at the weapons, the two reactive skins belong to the Spitfire this time around and both passes will also reward players with a new Epic C.A.R. SMG skin as well.

You know exactly what to expect with this update — weapons swapping in and out of the Care Package and new gold weapons. This time, the Spitfire is coming to ground loot and the Mastiff is heading into the package. Meanwhile, the R-301 and Rampage are replacing the Longbow and Flatline in the Replicator.

Moving on, these are the Gold weapon rotations for this season:

In terms of hop-ups, the Dual Shell has been removed from ground loot and packages this season, but no new ones are being added to the loot pool.

The major weapon nerfs in Season 13 apply to the Kraber and the Devotion. Both guns will have reduced headshot and body damage, while the Devotion will even have its reload, holster, and raise times increased. You can check out all of the specifics for each gun in the patch notes right here.

The only Legend balances in Apex Legends Season 13: Saviors are ones that affect Rampart and Valkyrie. Rampart has received a few needed buffs while Valkyrie has received just one nerf.

Starting with the buffs, here’s what’s coming for Rampart:

As for Valkyrie, her nerf prevents her from rotating while using her Skywards Dive Ultimate Ability, which should make it easier to actually hit her as she flies up and gets ready to redeploy.

That’s everything you need to know so far about what’s new in Apex Legends Season 13: Saviors. If you’re looking for even more detailed info, along with specific numbered adjustments, be sure to check out the patch notes.