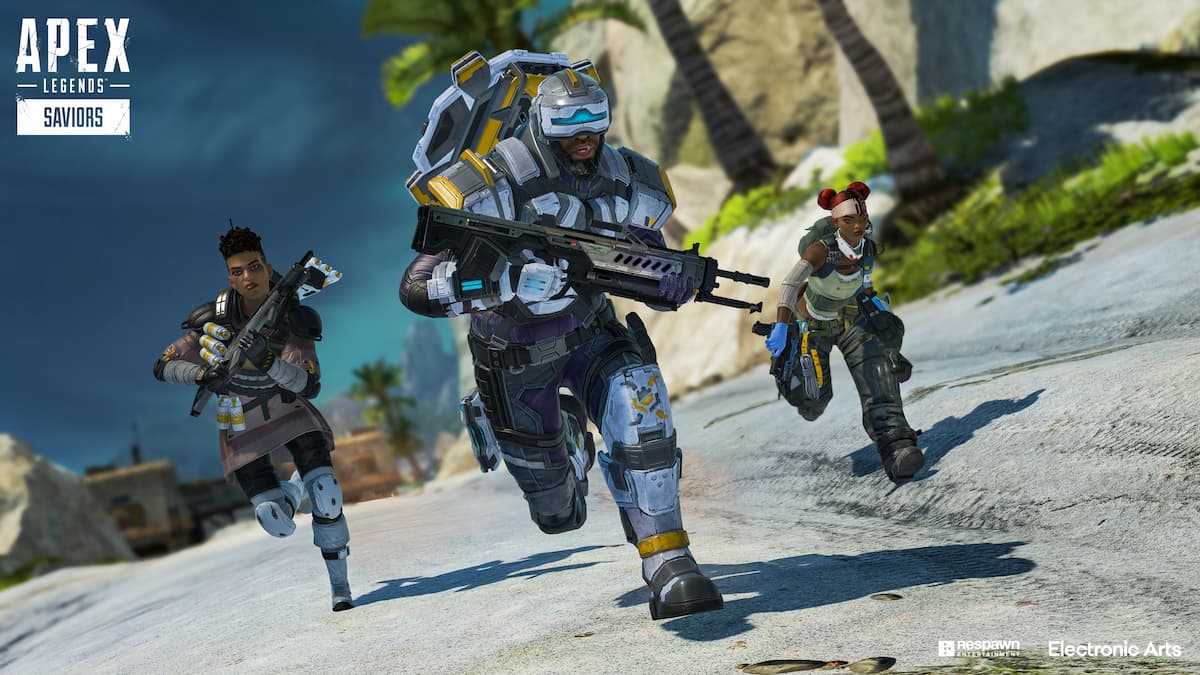 The excitement for the next season has been building as the launch date approaches, and Respawn has just dropped the gameplay trailer for Apex Legends Season 13: Saviors. The video gives us a good look at Newcastle in action without going in-depth on details for abilities, while also showing the updates that are coming to Storm Point.

We get to see the new IMC Armories that can be found at different locations across the map, the carcass of the giant monster that the Legends fought in the launch trailer, and even some battle pass cosmetics.

Ranked mode is also getting changed next season — though, the trailer doesn’t actually go into detail with the specifics of what’s being adjusted.

You can check out the gameplay trailer for Apex Legends Season 13: Saviors right here for yourself to see some of the new action that’ll be coming to the game soon.

Be sure to finish up the Season 12: Defiance Battle Pass if you haven’t already, since the season is coming to an end shortly. The Unshackled event is ending in just a day, so that’s another time limit that you should keep your eyes on if you want limited, themed cosmetics.