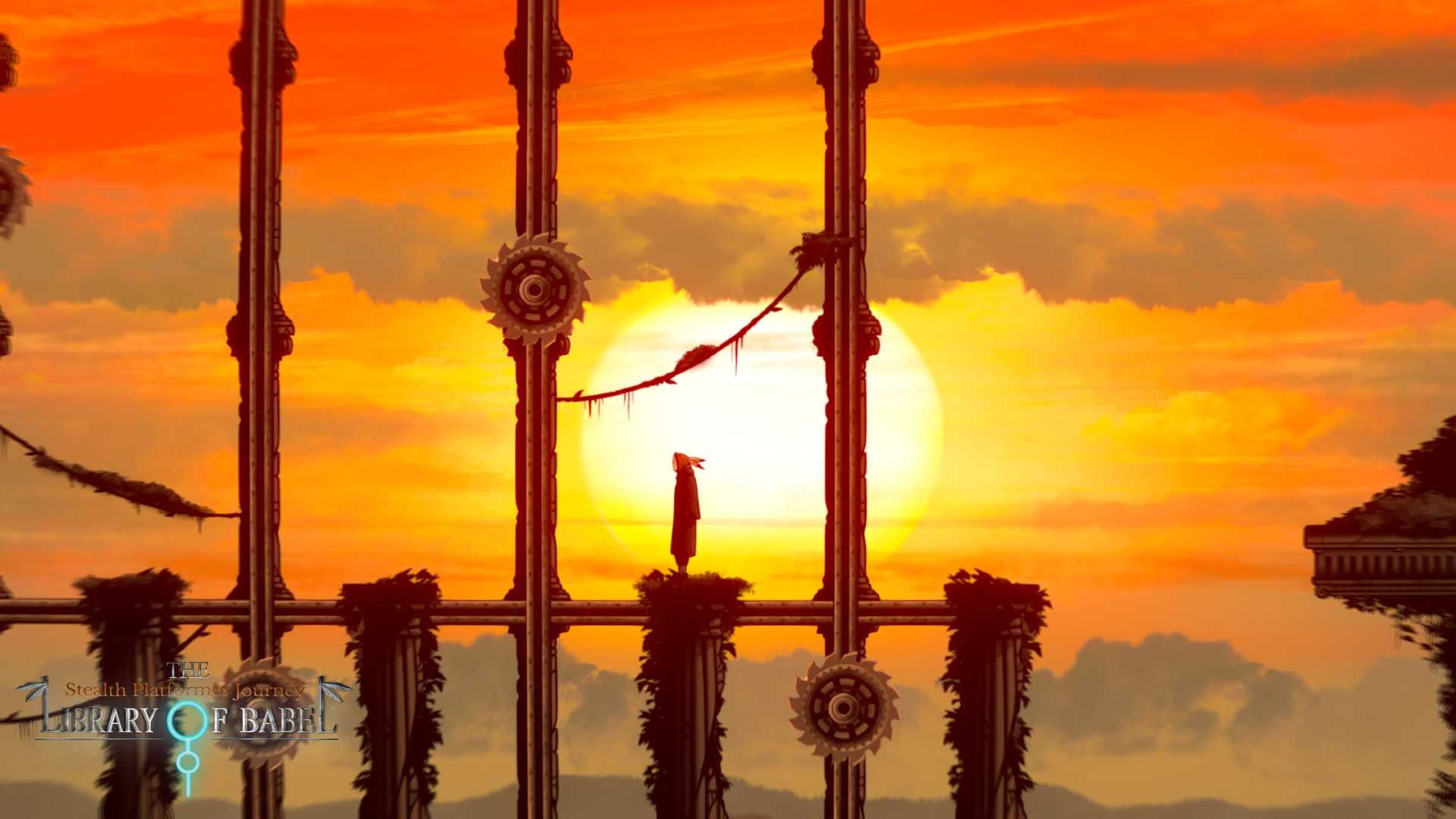 Today Neon Doctrine hosted a livestream to celebrate its 8th anniversary, and had quite a few reveals to make.

We start with the announcement of The Library of Babel, a “stealth-platformer” game developed by Tanuki Game Studio, coming for PS5, PS4, Xbox Series X|S, Xbox One, Nintendo Switch, and PC via Steam and Epic Games Store in 2022.

Below you can enjoy a trailer and an official description.

“Inspired by Jorge Luis Borjes’ short story of the same name, The Library of Babel welcomes you to a world 20,000 years after the extinction of humanity. The world is now run by advanced robots, who know very little about their mythical creators. All is well and orderly in a society run by robots, until the discovery of a library that contains everything that has, is, and will ever be written— the perfect harbinger of chaos.

You play as Ludovik, a Seeker, sent to investigate a murder case in Babylon. When a state of emergency is suddenly declared, Ludovik finds himself in increasingly dangerous territory as he follows the murderer’s trail and unravels the mystery behind the Library’s sudden lockdown.

Featuring a world full of vast jungles, abandoned temples, and plentiful cybernetic inhabitants to interact with, The Library of Babel promises both a thrilling adventure full of danger and intrigue, and a thoughtful, atmospheric tale of how we consider infinity.”

We also get a reveal of ports for PlayStation and Xbox coming this summer to The Legend of Tianding by Taiwanese developer CGCG (Creative Games Computer Graphics). On top of that, we’re also getting a free boss rush DLC including the existing versions on PC and Switch.

We then get a release window for My Lovely Wife by GameChanger Studio, which is coming in June for PC via Steam and Nintendo Switch. We also learn that the studio’s previous game My Lovely Daughter is bound to Playstation, Xbox, and iOS with new ports.

Hazel Sky by the beautifully-named Coffee Addict Studio also got a release window for PC, PS4, Xbox One, and Nintendo Switch. It’s coming in June and you can watch a new trailer below.

Last, but not least, Yuppie Psycho by Baroque Decay is getting a port for PlayStation and Xbox this summer, including a physical edition.

Incidentally, Neon Doctrine is hosting a big anniversary sale on Steam right now, if you want to grab some of their existing games.