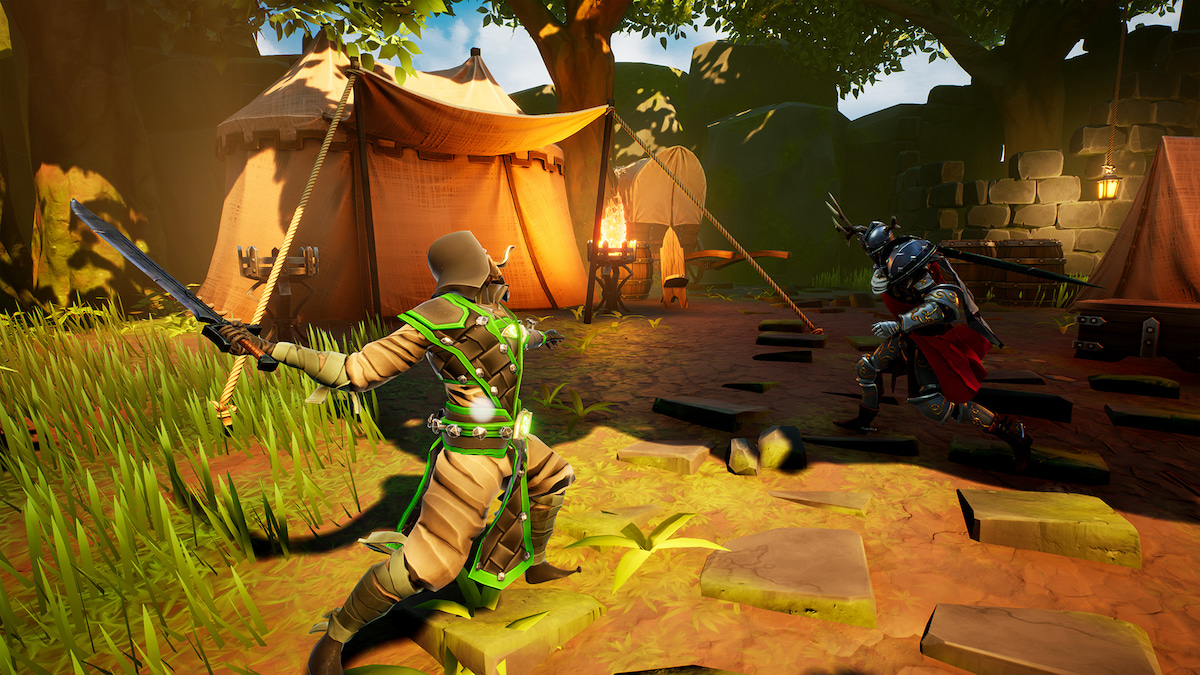 The 505 Showcase has given a new look at Stray Blade. This upcoming Action RPG features hefty combat as well as the help of an adorably gruff looking small white companion known as the “Xhinnon wolf Boji.”

Stray Blade looks to be pretty tough, but rewarding, as there is definitely loot to be gained. The promise of loot is seen through the usual rarity colored light pillars coming from dead enemies.

The best thing shown off was that Boji is absolutely able to revive you at least once during combat, providing the biggest boost considering the potential difficulty shown.

Players will be able to craft different weapon types and then master them so they don’t lose all of their progress when switching equipped weapons.

As for the story, the Steam page gives it as:

Legends tell of Acrea the Lost Valley, a wild and overgrown place but unmistakably powerful. You found this forgotten land yet died. Time passes, and miraculously you are brought back to life. The price you pay: You are bound to this land.

Regain your freedom and embark on the quest of restoring balance in this ravaged and war-torn place guided by your trusty companion, Boji. Explore towering throne rooms of giant god-kings and long-lost cities. As you uncover their secrets, prepare to face even deadlier foes. Get ready to explore a world that is constantly altered by your discoveries and the waging forces! Set off for an unforgettable adventure.

You can find all of the details and gameplay for Stray Blade from the 505 Games Showcase here and below:

Stray Blade was first announced last August and is currently aiming for a 2023 release on PC, PS5, and Xbox Series X|S.