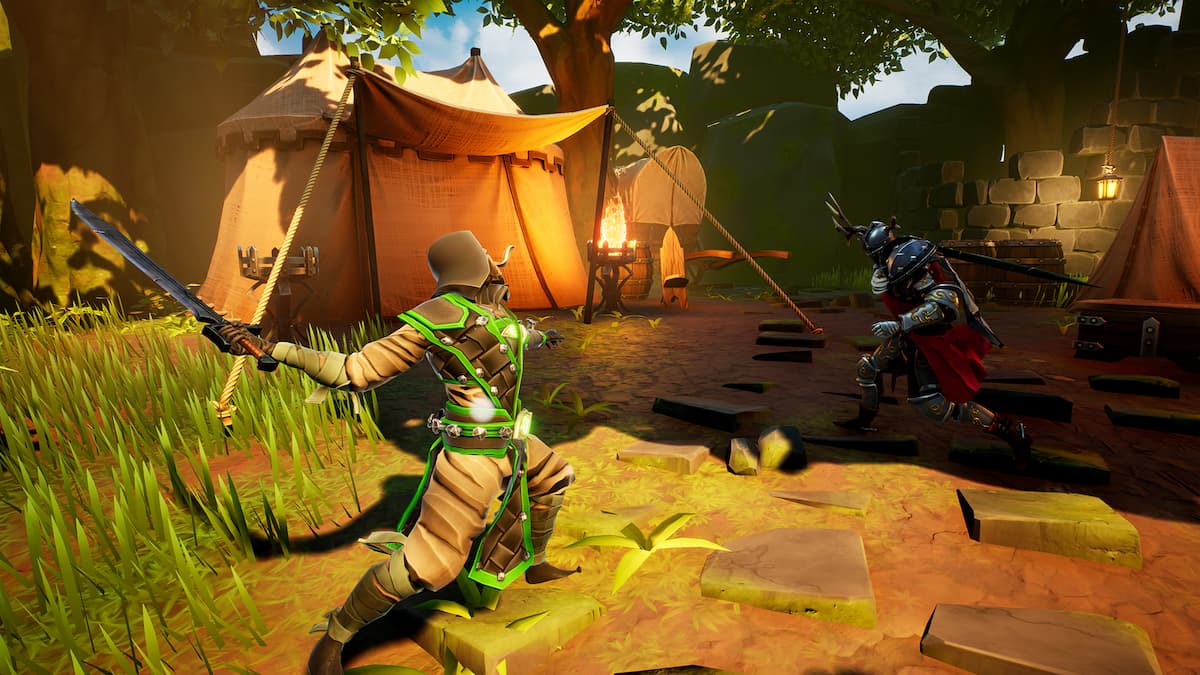 Earlier today, developer Point Blank Games and publisher 505 Games dropped a new trailer for their upcoming action-RPG, Stray Blade. The new video takes a deep dive into the combat system players can expect to see when it launches later this year on PS5, Xbox Series X|S, and PC.

Feel free to take a gander at the new footage down below:

Originally announced at Gamescom last year, Stray Blade is a third-person fantasy RPG that sees you going head-to-head with a multitude of pesky knights and nasty monsters using your choice of either dual-wielding, two-handed, or classic sword and shield.

In addition, you’ll also befriend a wee critter called Boji who’ll help guide you on your adventure through a world dubbed Acrea — a land torn asunder by civil war.

Finally, we also get to see how your new companion can actually revive you when you inevitably bite the dust in the game. That sure would’ve been handy in Elden Ring, but I digress.

On the surface, it looks and plays very similar to Kingdoms of Amalur, which can only be a good thing, right?

For more information, here’s a general overview courtesy of the game’s Steam page:

Prove yourself in this action RPG and master intense combat while exploring the ancient ruins of a mysterious civilization. Legends tell of Acrea the Lost Valley, a wild and overgrown place but unmistakably powerful. You found this forgotten land yet died. Time passes, and miraculously you are brought back to life. The price you pay: You are bound to this land.

Regain your freedom and embark on the quest of restoring balance in this ravaged and war-torn place guided by your trusty companion, Boji. Explore towering throne rooms of giant god-kings and long-lost cities. As you uncover their secrets, prepare to face even deadlier foes. Get ready to explore a world that is constantly altered by your discoveries and the waging forces! Set off for an unforgettable adventure.