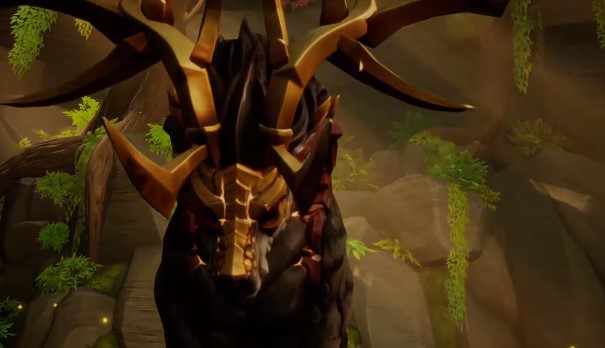 Earlier today during the Xbox Gamescom 2021 stream, Stray Blade was announced for Xbox Series X|S. This action RPG has tons of weapons and is mainly focused on the combat and exploration sides of the game.

First, there was a short gameplay trailer showing off the combat in Stray Blade. There are a handful of different blades and hammers seen in the trailer and then it all wraps up with a look at one of those bosses in the game.

Then, there was a short section where the game’s director, Lenoad Kausch went into more detail on what Stray Blade is.

Kausch explained that the game is an action rpg that takes place in a wartorn land. And it’s the responsibility of the main character (a wandering rouge) to bring peace to this world in turmoil.

He also shared a handful of details about the weapon and combat systems. They’re both closely tied together since playstyles can grately differ based upon the combination of weapons used.

But the main idea is to quickly dodge enemy attacks and in an instant, counter. How this is done will depend upon what weapons you have equipped, but that will be the basic cycle of taking out enemies.

On top of that, there will be cities, caves, and canyons to explore.

Stray Blade is coming to Xbox Series X|S on 2022. You can check out the official trailer for Stray Blade down below.

And if you can’t get enough Xbox reveals, then take a look at the full Xbox Gamescom 2021 Show below.