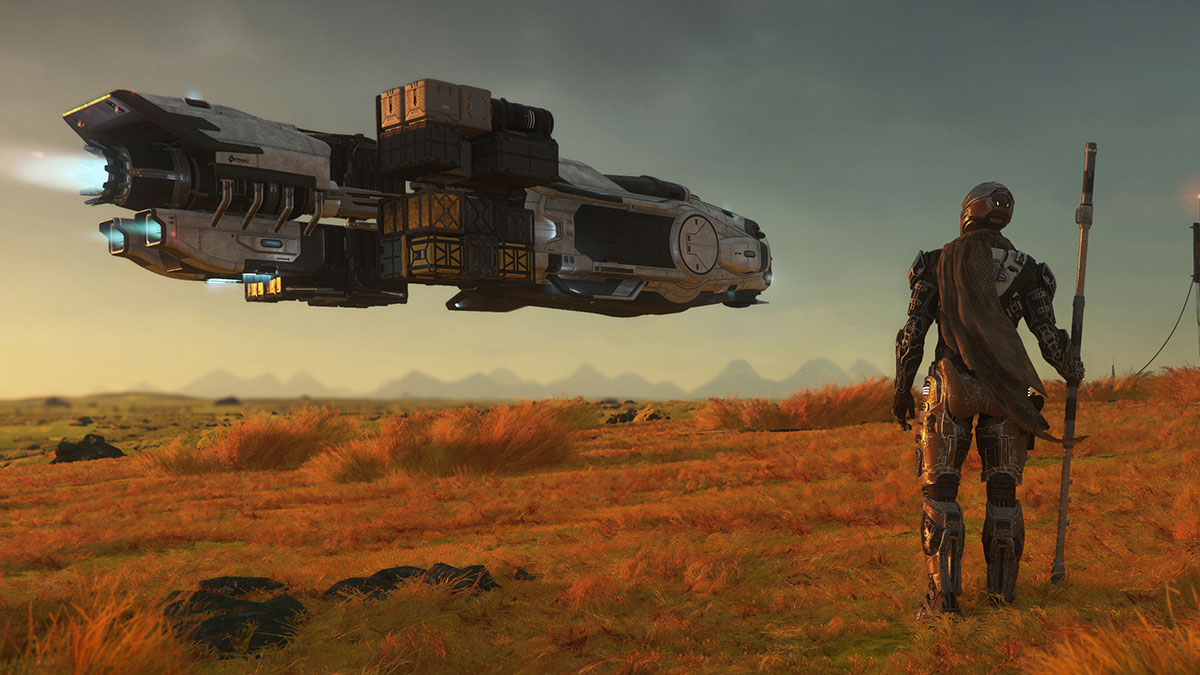 First of all, Roberts provided an update about the player base of the growing space game, which appears to be more and more active.

Our wins in 2021 set us up for an absolutely historic start to 2022. So far, we have blown past all our projections on new players joining the ‘verse. In fact, this year, we have more than doubled our rate of New User acquisition, and with the recent launch of Alpha 3.17: Fueling Fortunes, we are seeing over two thousand new players a day joining the ‘verse. Our DAU (Daily Active Users) has grown by over 50% since the numbers I shared in my last Letter from the Chairman in December 2020, and with this latest patch, we are enjoying double the daily login traffic of our last April patch launch. We are enjoying MAU (Monthly Active Users) which is well beyond the highs of 2020. And we have had nearly 1 million New Accounts created since then, and more than half a million New Pledging Players join the game. And this week, we had our 2 millionth unique player log in to play Star Citizen. We are on track this year to break 4 million total accounts, over 1 million unique logins this year, and more than $500 million in lifetime revenue.

Speaking of the “road to 4.0” Roberts laid out the plans for future updates, starting with the explanation of the concept of Persistent Entity Streaming (PES), which is a major stepping stone for the implementation of server meshing.

“This year, we find ourselves on a similar path with three huge technology initiatives that will fundamentally change the experience and immersion into Star Citizen. The first of these is what we are calling Persistent Entity Streaming (PES) which is the foundational tech that enables Server Meshing (SM). PES is the hardest part of the work needed for SM and is the one that has required the most engineering. It fundamentally changes how we record state in the Universe and delivers a level of persistence that you just don’t see in other games, whether they are MMOs or even single-player experiences.  Up until now, all persistence in the game has been tied to a player’s inventory; ships you own or items you hold physically or in the virtual inventories of items you own.

If you’ve physically attached an item inside your vehicle, say a rifle to a weapons rack, when you log out or stow the vehicle it will remember all the attached items and anything in that vehicle’s virtual inventory. However, if you drop or place something loosely, even inside a ship you own, it won’t be associated with any player inventory.

So, when you log out (or if the server crashes), the item will not be there when logging on or re-joining. With PES we are recording the state of every dynamic object in the game, irrelevant of whether it is “owned” or held by a player.  That means that you could drop a gun or a med pen in a forested area on Microtech and return several days later after logging out to find the gun or med pen still there (assuming another player didn’t grab them!).  “

Roberts mentioned that a working build with Persistent Entity Streaming has been demonstrated internally last week.

This feature will be included in alpha 3.18 together with salvaging, the revamped physical Cargo system, and the bulk of the “Gen 12” render (full Vulkan implementation will come “a little later” and hopefully by the end of the year).

That being said, this will take considerable time to test, so it will remain accessible to the Evocati group and then on the Public Testing Univers longer than usual, possibly around three months. The plan is for the update to go live in Q3 2022.

That being said, the developers don’t want new content to stall, so a “content-rich” Alpha 3.17.2 update will be implemented in late June including “new missions, new locations, and other gameplay.”

4.0 will also include Pyro, the game’s second (and lawless) star system, and will come for Evocati in the persistent test universe at the end of Q4. That being said, this is conditioned by the result of the testing of 3.18, so it may slide into Q1 2023. The aim is to release alpha 4.0 on the live servers at the end of Q1 2023.

Roberts then explained that Star Citizen is being built for longevity. Currently, CIG employs 780 people on staff, plus over 130 at Turbulent in Montreal. The objective is to increase the headcount at CIG to 840 employees in 2022.

The developer has also decided not to host a physical CitizenCon this year, while the digital event won’t include the usual keynote demo. It will feature “presentations and panels from our developers, to share with you the progress we are making and the near future of what you can expect from Star Citizen in the year ahead.”

The lack of the demo keynote is explained by the focus on delivering content and features to players instead.

“One difference to last year is that there will be no keynote gameplay demo to headline this event as this would pull valuable resources away from our game development teams that are working hard to get Persistent Streaming, Gen 12/Vulkan and Server Meshing in your hands, not to mention also delivering more of the content and gameplay that has proven so successful in bringing in new players and retaining old and new users alike. “

CIG intends to remain quiet on Squadron 42 (the cinematic single-player part of the game) at CitizenCon. Progress is “coming along nicely” but the developer is “not quite ready to pull the curtain back” on it just yet.

Cloud Imperium Games hopes to be able to host an in-person CitizenCon again next year.

The number of registered accounts has recently passed 3.7 million, and it’s at 3,758,112 at the moment of this writing.