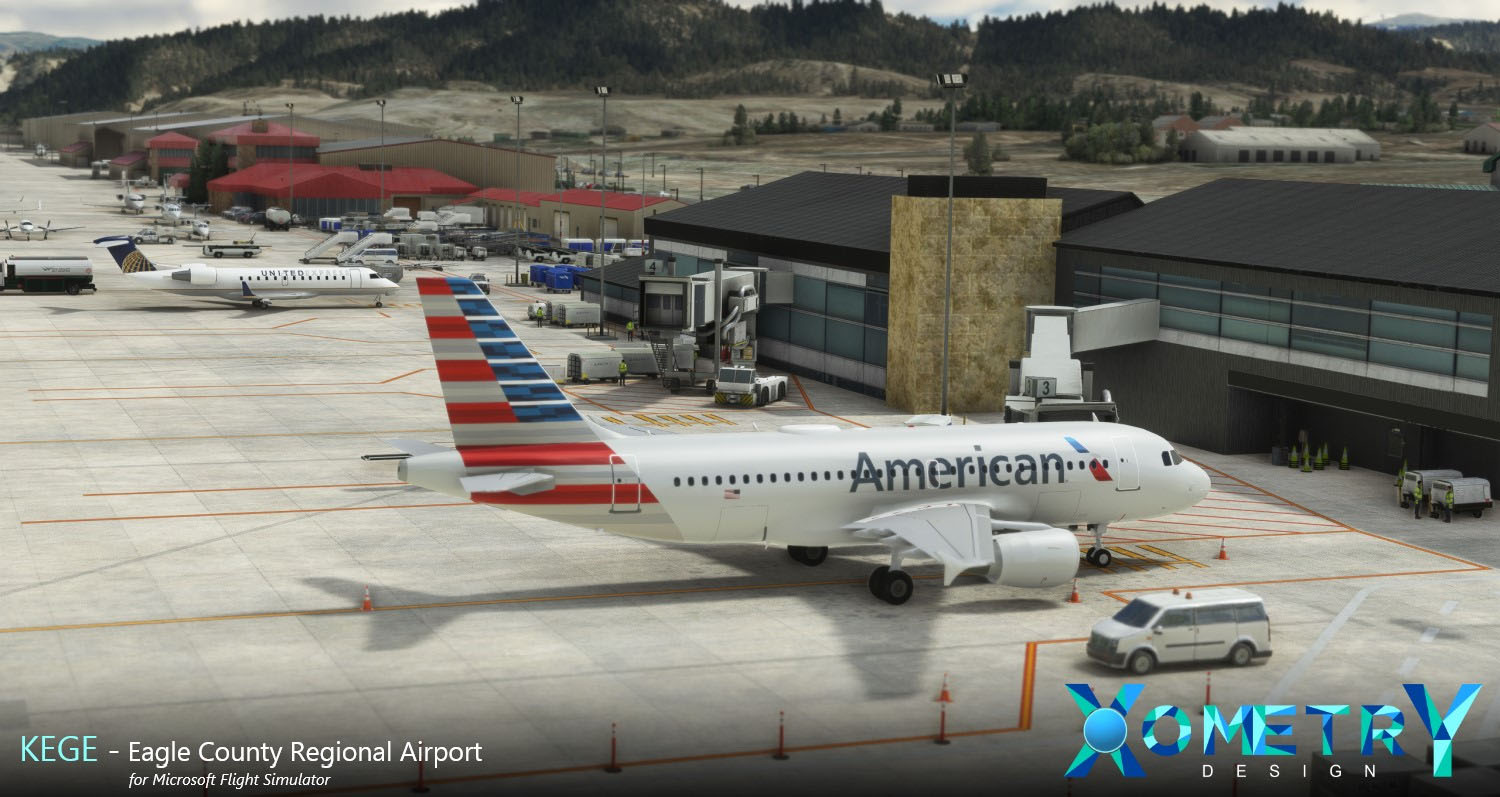 We start with a release by iniBuilds and its partner developer Xometry, which launched Eagle County Regional Airport (KEGE) in Colorado, United States.

It’s available at iniBuilds’ own store for $14.35. Below you can read and see what you can expect.

Next is a single image of the upcoming Airbus A330 by Aerosoft. It’s important to keep in mind that this only shows the model and the unpainted texture layers without any decals.

“This is the base layer, all the details are put on top of that. All the panel lines, rivets, text etc. This is the ‘paint’ on the aircraft. So it is stained, discolored, more and less reflective in places. A 2K texture is all that is needed because there are no details, no sharp lines.

This is 2022, this is MSFS, if you see people saying something has 8K textures it means they do not understand decals. 2K textures with decals where needed simply look way better you can put a 8 point text (so 5 mm high) on a panel and it will be 100% sharp and readable.  At a fraction of the memory load. It is also the difference between 60 fps and 30 fps.”

Last, but not least, we get another WIP look at Tokushima Awaodori Airport (RJOS) in Japan by Gate15Scenery.