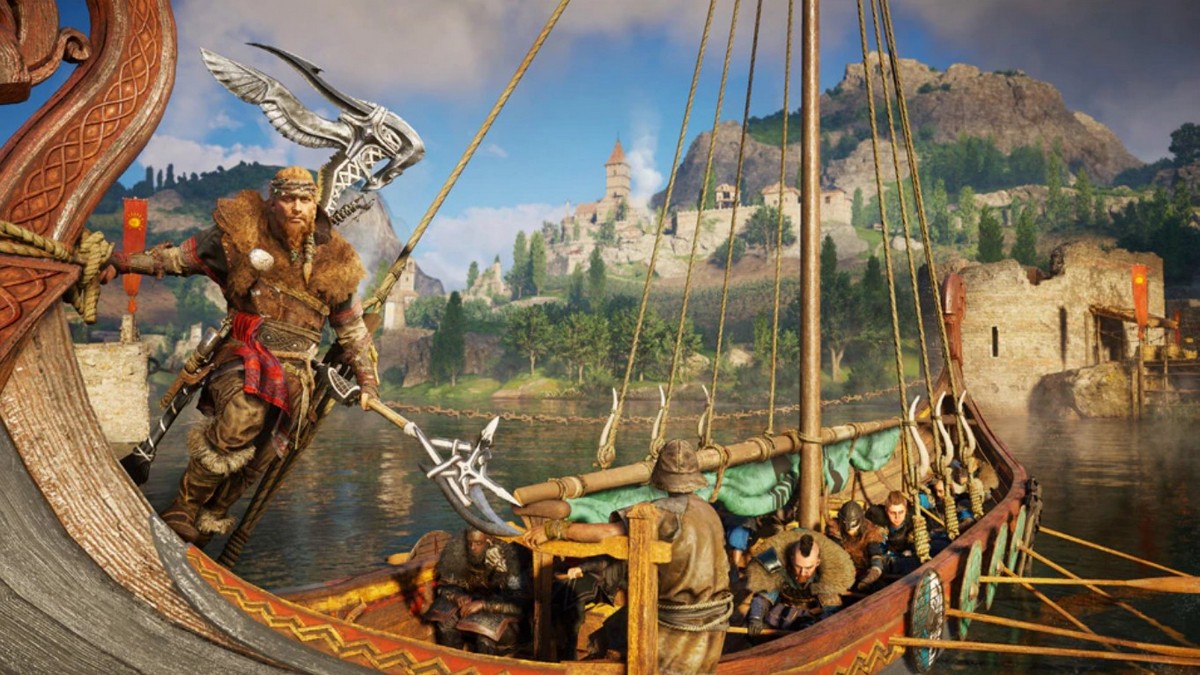 You might be enjoying yourself in Dawn of Ragnarok for Assassin’s Creed Valhalla, but the base experience is set to get even more improvements with a new patch from Ubisoft. It is not just bug fixes and tweaks, as players will get access to a new armory, equipment loadouts, and new rewards for river raids as part of the new Assassin’s Creed Valhalla patch.

The addition of an armory to your settlement comes with a few benefits. After building it, players will have the option to display all of their favorite weapons and armor from what is likely an extensive collection. More importantly, it provides the option for equipment loadouts. Anything you display can function as a loadout, and switching between them can be done easily while you are adventuring out in the world.

For those that are into the River Raids, the new Assassin’s Creed Valhalla patch will give you more rewards for participating in them. The new update follows last month’s update, which brought back the Ostara Festival and more Mastery Challenges, and continues Ubisoft’s support of the game for a second year running.

Be sure to check out the full patch notes for a full understanding of the changes as part of the update, or the video below for a quick summary: