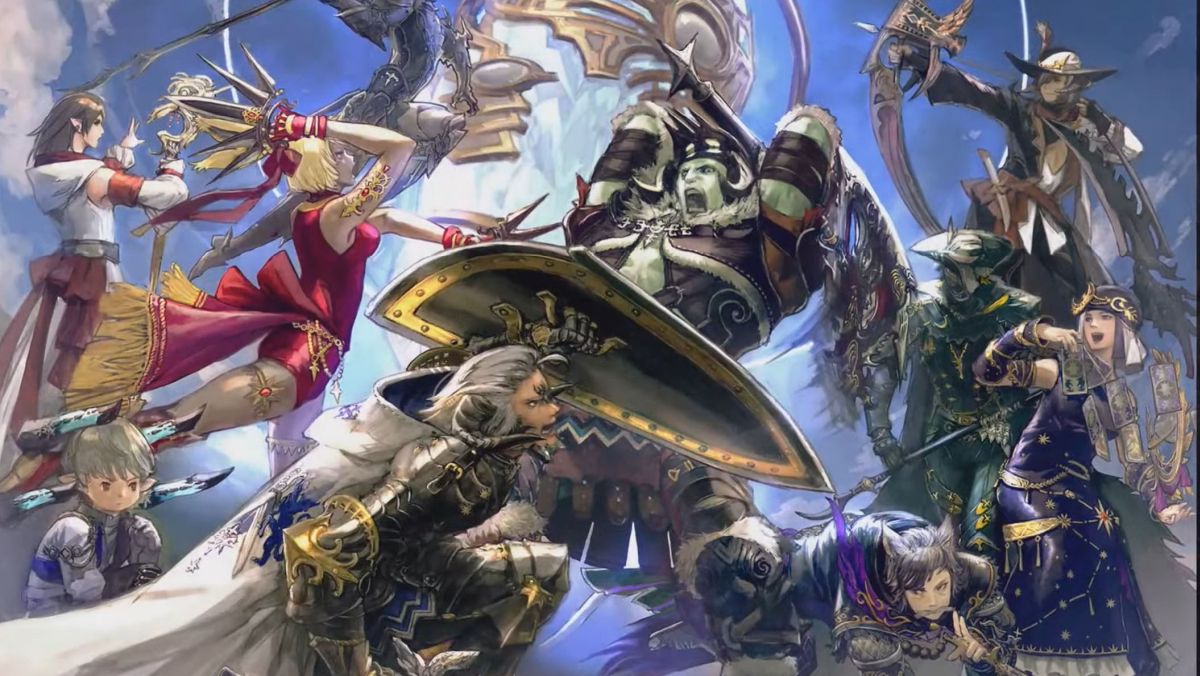 The update, about which we had heard plenty of information a month ago, will launch on PS5, PS4, and PC on April 12.

First of all, we learn that the main scenario quest part of the update will be quite sizable, so the new sidequests including the “Tataru’s Grand Endeavor” series will launch in a following 6.1X update.

The Arkasodara quests will come in update 6.15 alongside the new Hildibrand series and new custom deliveries focusing on Ameliance Leveilleur.

Omega: Beyond the Rift will also come in a following 6.1X update.

Today we get new videos, including a demonstration of the Duty Support System, which will let you enjoy earlier dungeons with level-appropriate NPC characters. The NPCs are chosen automatically depending on the player’s role, and won’t become manually selectable until Shadowbringers’ dungeons.

The new Ultimate Duty Dragonsong’s Reprise will come in update 6.11. Data Center travel will come in 6.18. The team is currently debugging and polishing the feature.

The Adventurer Plates and the Portrait Editor will make it in for 6.1, but in a beta version so that players can provide feedback.

Below you can take a look at the new hairstyles for Hrotgar characters.

We then take a look at the adjustments made to jobs. Yoshida-san profusely apologized for having to reduce the duration of Scholar’s Expedience from 20 to 10 seconds.

Next, it’s time to take a look at the Myths of the Realm Part 1: Aglaia alliance raid.

The next video shows the area for the new Tribal Quests dedicated to the Arkasodara, alongside the new mounts, minions, and accessories.

Another video shows the feature that lets you preview Mogstation items.

We then move on to the housing plot sales. All wards in all residential areas will use the lottery system in patch 6.1, not just those in Empyreum. The lottery will work on a 9-day cycle, which you can see below.

Below you can take a look at the gear that we’ll get from the alliance raid, new glamors, and new housing items.

We then take a look at the new Extreme Trial – The Minstrel’s Ballad: Endsinger’s Aria.

We also take a look at the new Adventurer Plate and Portrait feature.

The next section showcases the Crystalline Conflict PVP feature. Rival Wings will go on hiatus for balancing.

We also take a look at the new reward system, which is rather complex.

The Garo collaboration is coming back with new achievements, titles, and gear sets for Shadowbringers and Endwalker jobs.

We then learn that The Primals will hold a live concert in June in Japan, with worldwide streaming planned. A new mini-album is also coming and the concert will have its own merchandise.

An artbook dedicated to Endwalker is also coming in September, including a Ragnarok minion.