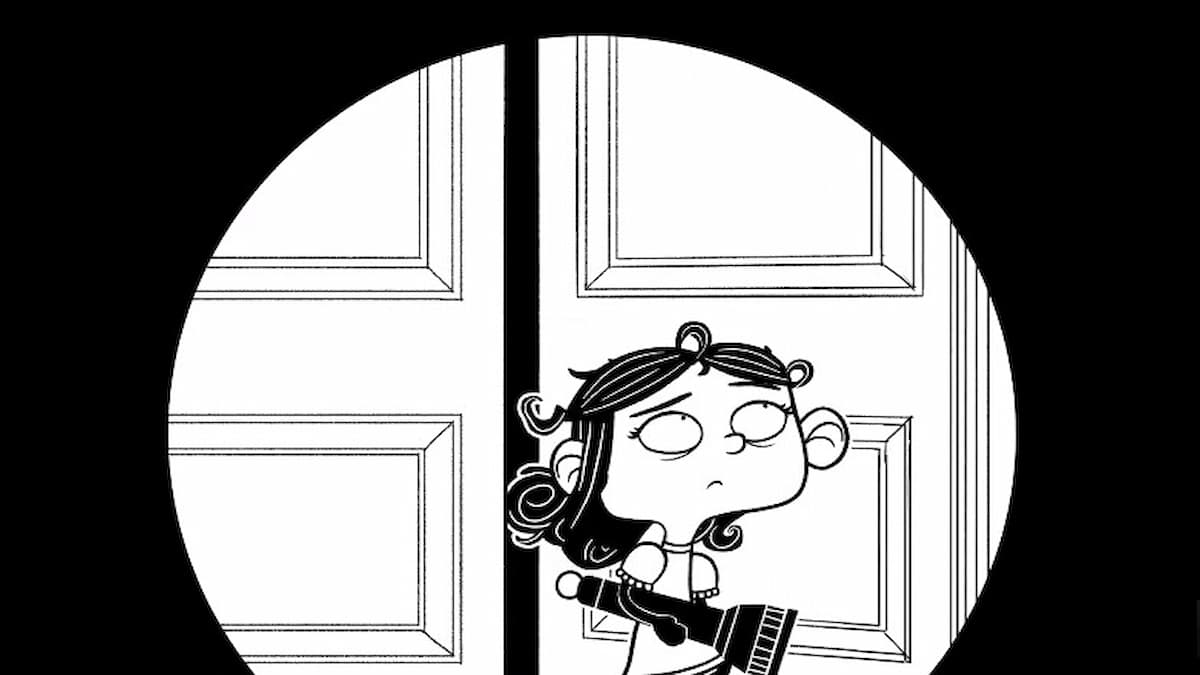 Earlier today at PAX East, Gearbox announced a brand-new atmospheric platformer titled Eyes in the Dark. The black and white visuals look very similar to older titles like Closure and Inside. However, the art is a bit more detailed and playful than those relatively dark and somber games. Eyes in the Dark

This trailer for Eyes in the Dark showed off some gameplay featuring a young character taking on enemies with a flashlight. The light given off appears to be the main way that you deal damage to monsters.

The flashlight also appears to have another use besides just damaging enemies. The hero of the game is shown exploring dark corners of the mansion that become lit as soon as the flashlight comes in contact with the dark areas, almost like a fog of war mechanic.

And your little light can even be upgraded at certain points in the game. In the trailer, we see the player checking out the “Globe Bulb” upgrade which lets you fire globes of light that explode into smaller light orbs. We then see the character firing balls of light at jellyfish-looking enemies.

There will also clearly be some kind of mechanic where the mansion that you explore in this game will be ever-changing. However, it’s currently unclear if that means it’ll have roguelike properties or if certain actions you perform in the mansion will change the overall layout of the world.

Finally, we also got a tiny bit of information about the story. Near the end of the trailer, there’s a splash screen with the text “save your family” which indicates the reason why this character is exploring the dark mansion in the first place.

Eyes in the Dark releases exclusively on PC via Steam and the Epic Games Store on July 14. You can pre-order the game now and if you do, then you’ll receive a free soundtrack of the game at launch. The full trailer for Eyes in the Dark can be found down below.

And if you want to check out even more game reveals, then you can find the Gearbox stream down below as a part of the official PAX East stream.