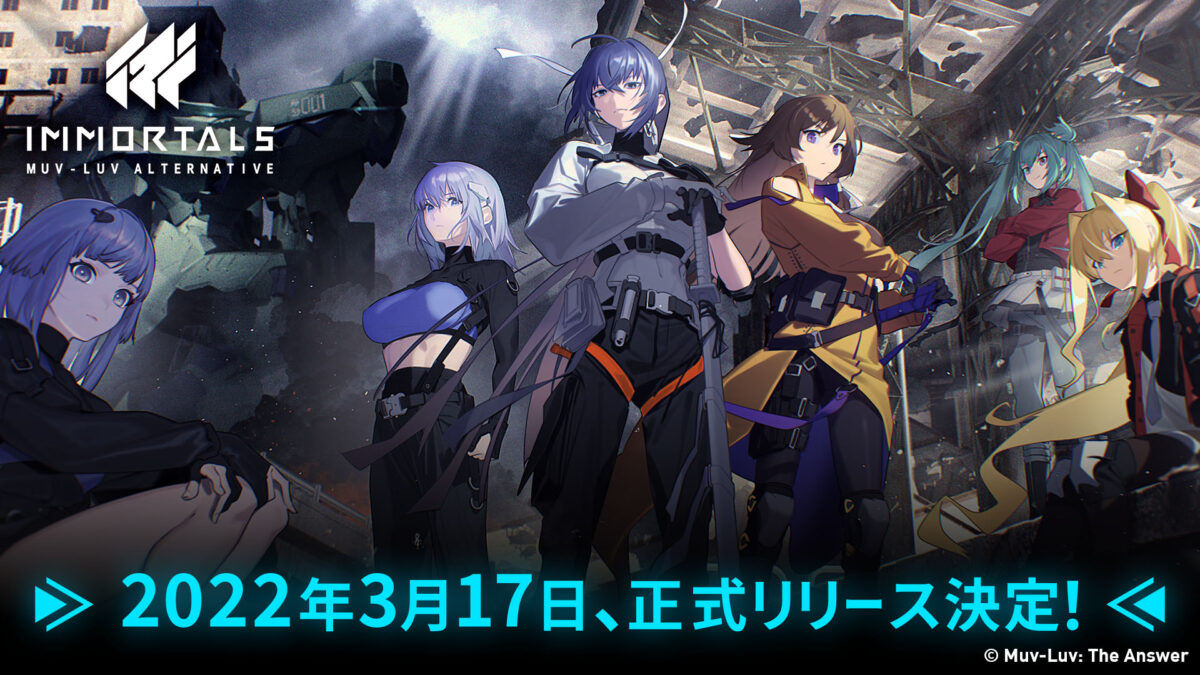 Today publisher aNCHOR hosted a brief livestream regarding the mobile game Immortals: Muv-Luv Alternative following its launch and subsequent removal from the store due to issues.

First of all, brand producer Kazutoshi “Tororo” Matsumura, will lend his considerable industry experience taking the helm from now on.

The development team is working on investigating the issues and debugging and they have determined that it may take at least one month and a half to bring the game to a state in which it can be played comfortably. They will do their best to fix the issues in the shortest possible time.

Refunds will also be provided to those who have paid for the monthly service if they so wish. Those who don’t will still be compensated for any lost item due to the game being down.

The game will be improved according to feedback from users, starting with enhancements to the 10-rolls gacha and the addition of a ceiling system (a system that lets you get what you want after a number of rolls).

While the team cannot provide a solid timeframe for when the game will be opened again as of now, an update will be provided on April 8.

You can watch the livestream below.

Immortals: Muv-Luv Alternative is a mobile game for iOS and Android. You can also check out the previous gameplay trailers and another,

If you’re interested in the Muv-Luv series in general, you should definitely read our recent interview with Hamanaga-san himself and brand producer Kazutoshi “Tororo” Matsumura, in which they talked about the plans for the franchise.