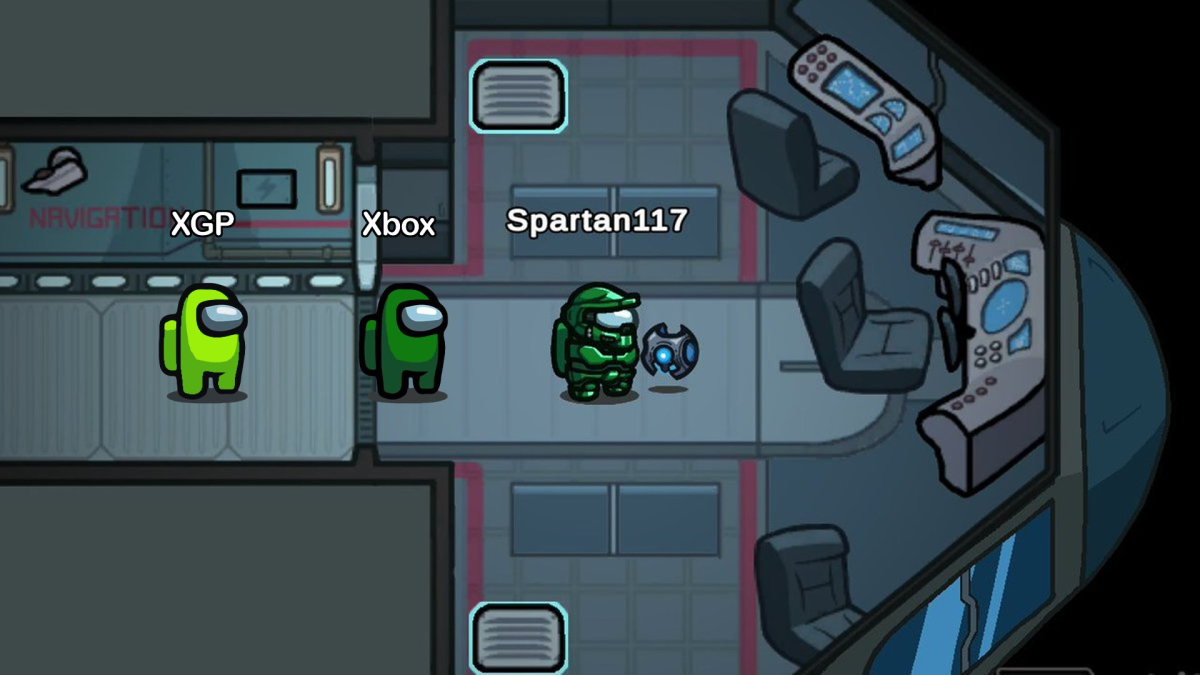 Hit indie hide-and-seek online multiplayer game Among Us could be getting a Master Chief skin in the game sometime in the future, both developer InnerSloth and Microsoft teased today.

Among Us studio InnerSloth tweeted an image of the game with a character donning the super soldier’s iconic green armor with the name “Spartan117” alongside what looks like a 343 Guilty Spark pet tagging along. The tweet tagged the official Halo account with the message, “the Impostor is coming for u… very soon.”

The official Xbox, Xbox Game Pass, and Halo accounts tweeted their own cheeky replies to the thread soon after, adding their own characters to the same scene. While no other information about the potential crossover was revealed such as when it it coming or how players could get it, it seems that at least Master Chief and his pet 343 Guilty Spark could be coming to Among Us sometime in the future.

Among Us has been available on Xbox Series X|S and Xbox One since last December, and was added to Xbox Game Pass alongside the launch. Master Chief is no stranger to appearing in other games, although rarely as a cosmetic skin for only Super Bomberman R and Fortnite.