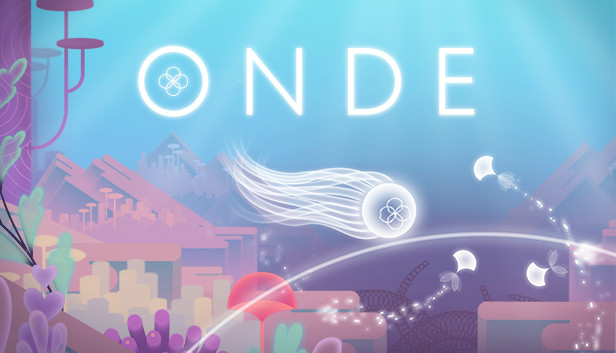 Earlier today, indie developers Lance and 3-50, in collaboration with publisher Mixtvision, announced that their calm and relaxing puzzle experience, ONDE, will be coming to PC on March 17 with a Nintendo Switch and iOS edition penciled in for later this year.

Accompanying the news is a brand new trailer showcasing the artistic sound-surfing journey in all its soothing glory. Go ahead and check it out below:

Reminiscent of early thatgamecompany titles like Flow, Flower, and Journey, ONDE is a meditative adventure game where you’re tasked with riding waves of light and sound as you explore a strange and unique world.

Not only does ONDE boast an otherworldly land rich with puzzle-platforming gameplay, but you’ll also get to dynamically generate your very own soundscapes as you delve deeper into its serene embrace.

Long story short, if you’re in the mood for a calming ZEN-like experience, look no further as ONDE may be just the ticket for you. And for those on PC, a demo is available now as part of Steam Next Fest, which you can check out here.

For more information about the game, here’s a general overview courtesy of an official press release we received today per Mixtvision:

Part puzzle-platformer, part relaxing rhythm game, Onde is able to tell a story using just its visuals and music. Players dive into a delicate, colorful and luminous world. By creating waves, they follow ephemeral paths through abstract landscapes, from dark underground caverns to bright outer space. Each area the players explore on their journey adds more variations to the core puzzle mechanic of creating and surfing waves made of sound and light.

Although Onde is not designed as a mental health or meditation app, it is at its core a peaceful game that can help you take a deep breath and leave the hustle and bustle of everyday life behind. The simple, yet clever gameplay mechanics with progressive difficulty make for an engaging experience where players don’t have to worry about high scores, speed records, or running out of extra lives. Resonating with the flow, trusting the journey and enjoying the audiovisual ride through a world filled with wonders are the central experiences of the game.

Onde (formerly oQo) is the first collaboration between French studios Lance and 3-50. It originated as a project at the Global Game Jam 2017 in Toulouse/France, where the core team Maxime Vican (Lance), Florent Réfrégé (Lance) and Grégoire “Grhyll” Jandot dit Danjou (3-50) first met and partnered up to bring to life the idea of a game that lets you generate and surf waves to move along. The game’s delicate world of light and sound attracted favorable attention at events like FEFFS (Strasbourg European Fantastic Film Festival) 2017 or PLAY Paris by PAX 2018 and was selected for awards and festivals like IndieCade, the Prix Arte Creative at Indie Game Contest 2017 or the Indie Prize London 2018.

– Smooth, intuitive puzzle-platforming: create ephemeral paths along waves of sound and light to follow your calling

– A world filled with wonders: from the deepest ocean to the depths of space, explore manifold areas along your way, each sporting unique visuals and puzzle mechanics

– Elegant abstract artwork: a serene world that changes from clear lines to swirls of color during this journey of life

ONDE comes to PC on March 17 with a Nintendo Switch and iOS release scheduled for later this year.