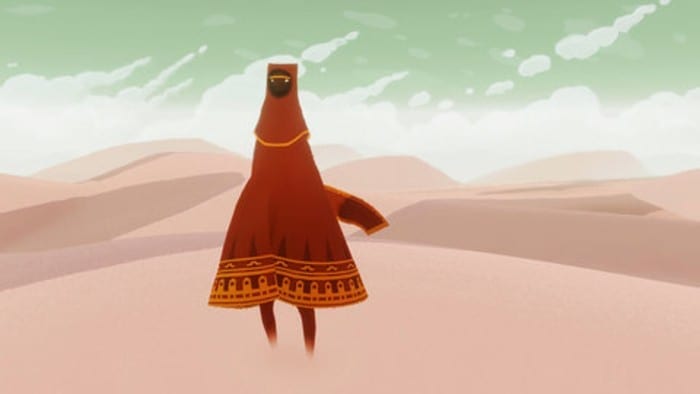 It’s been quite a long *pun ahead* journey for thatgamecompany’s indie hit Journey to come to Steam, but it finally has a solid release date, as announced by Annapurna Interactive on Twitter today.

Journey, which originally launched exclusively for PlayStation 3 in 2012, is a short, gorgeous indie adventure game that has since been hailed as one of the greatest games of all time. In fact, it landed the number 8 spot on Twinfinite’s own top 15 games of the decade, and for good reason.

Now, the iconic indie title will be available on Steam for the first time, 8 years after the game’s initial release. You should definitely pick it up if you haven’t before; it’s amazing.

“Explore the ancient, mysterious world of Journey as you soar above ruins and glide across sands to discover its secrets. Play alone or in the company of a fellow traveler and explore its vast world together,” as the Steam page describes. “Featuring stunning visuals and a Grammy-nominated musical score, Journey delivers a breathtaking experience like no other.”

Journey will be available on Steam on June 11.