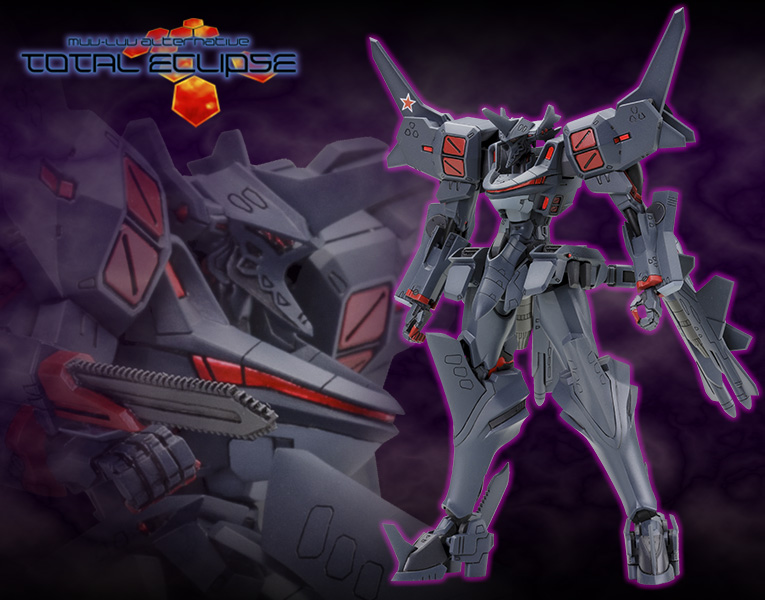 The model is getting a reprint, portraying the Tactical Surface Fighter piloted by the Scarlet Twins, Cryska Barchenowa and Inia Sestina.

Much like Yui Takamura’s Type-00F Takemikazuchi and the Scarlet Twins’ own Su-37UB Terminator, and Yuya Bridges’ XFJ-01a Shiranui Second Phase 2, this is a very old plastic model kit that was released several years ago and has gone out of print since.

The scale is 1/144, and the price is 3,850 yen, which translates approximately into $33. It’s available for pre-order at Kotobukiya’s own store and will release in July 2022.

The news comes just in time since the Muv-Luv Alternative: Total Eclipse visual novel is in the final stage of editing and should release on Steam in English soon. You can see what the Berkut looks like in the gallery below.

Yet, this is not the only Su-47E related news we get today. aNCHOR released brand new and majestic artwork of the Berkut for its new mobile game Immortals: Muv-Luv Alternative, painted by Yuta Otani.

If you’re interested in the Muv-Luv series in general, you should definitely read our recent interview with production manager Sho Hamanaga and brand producer Kazutoshi “Tororo” Matsumura, in which they talked about the plans for the rest of the franchise.