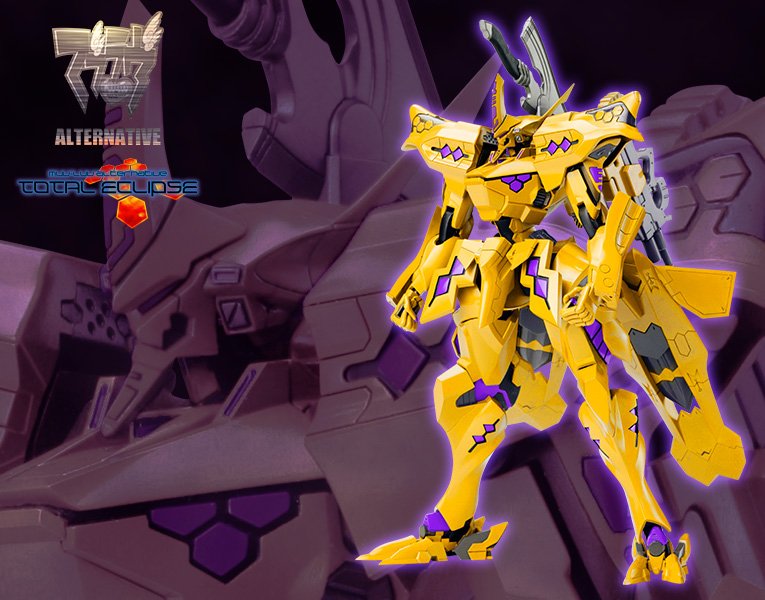 Kotobukiya is continuing to bring back its long sold-out Muv-Luv plastic model kits.

This time around it’s the Takemikazuchi Type-00F from the spin-off Muv-Luv Alternative Total Eclipse piloted by heroine Yui Takamura and characterized by its striking yellow color.

This Yellow variant of the Takemikazuchi reserved to commanders of the Imperial Royal Guard and members of noble families is currently available for pre-order at Kotobukiya’s own store for 6,380 yen, which translates approximately into $56. The pre-order window is limited until November 24.

The release window is March 2022. It’s worth mentioning that this model kit was originally released several years ago and has been out of print and fairly difficult to find for a long time.

Like the 1.5 Type-00R Takemikazuchi, this is among the most detailed Muv-Luv models by Kotobukiya, and it’s 180 mm tall. . You can check out what it looks like below.

Incidentally, the Muv-Luv Alternative Total Eclipse is soon going to be localized and released on Steam. If you want to try to control a Takemikazuchi, Project Mikhail: A Muv-Luv War Story has just been released in early access.

If you’re interested in the Muv-Luv franchise in general, during the latest event we learned that the original Muv-Luv Trilogy (including Alternative) is coming to iOS and Android. We also got to enjoy a new trailer of Project Mikhail for PC and Nintendo Switch showing the story and PvP modes, some brand new gameplay and the announcement of the early access bonus, and the reveal of the official title and new gameplay for Immortal: Muv-Luv Alternative.