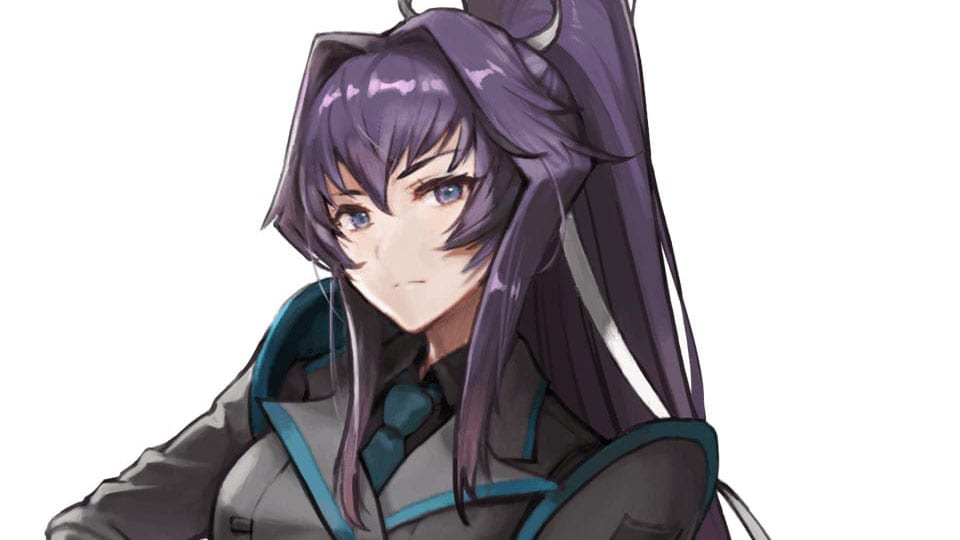 The Muv-Luv series is branching out across several games in development and one of those is a Diablo-esque title code-named “Project Immortal.”

An unique element of this project is that it was born as a fan game, but after an impressive presentation last year, it was adoped by publisher Anchor as an official Muv-Luv title.

To know more about the new game, its peculiar inception, and what Muv-Luv fans can expect from it, Twinfinite talked with its creator, who goes by the nickname “Kitakuou.”

Giuseppe: The story behind Project Immortal is certainly rather unique. It was born as a fan-made game, then presented as such during the “Still Breathing” event, and finally adopted as an official project. How did you feel when you were initially asked to show your project to fellow Muv-Luv fans, and when âge finally asked you to work on the game as an official Muv-Luv game?

Kitakuou: It was actually aNCHOR that wanted to make this into an official project. Yoshimune-san [Kouki Yoshimune, creator of the Muv-Luv series and âge’s founder] approved the idea. Specifically, Matsumura-san [Kazutoshi Matsumura, Muv-Luv franchise producer] is the one I talked to.

I was surprised because I didn’t think the presentation at the Age20th event was successful. I feel a bit of pressure, but I’m more surprised and determined to try my best.

Now that it’s an official project, I’d like to make the best game I can. I’m not an official member of Anchor, but many of the members of the team are helping and supporting my project.

Funnily, Yoshimune-san didn’t know that my presentation would be live gameplay. I originally sent him some tweets mentioning that I would have liked to remake Muv-Luv Alternative Strike Frontier [a mobile game which ended service in 2018] and Yoshimune-san asked to do a presentation with me about my ideas, probably expecting PowerPoint slides.

I was actually a bit scared. I love Muv-Luv and respect Yoshimune-san as a creator, so it was a great chance to show him my own creation. My priority was having a creator I respect to see what I made. I didn’t expect it to become an official project back then.

I spent two weeks working on that prototype and it worked. The code was based on an indie game I had made but that didn’t get funded because things didn’t work out with the publisher I was working with.

That prototype had 350 enemies on screen at the same time, so I spent most of the time optimizing its performance.

I was very tired when I did the presentation because I hadn’t slept for 72 hours.

Giuseppe: We know that Project Mikhail won’t feature gacha, but what about Project Immortal? Have you decided what the business model for the game will look like?

Kitakuou: The game features pilots, TSF [Muv-Luv’s mecha], and weapons. You can draw only the pilots via gacha. There is no gacha for weapons or TSF.

You can earn TSF by playing the game, but if you want to acquire them faster, you can purchase them from a store.

Weapons are dropped during gameplay pretty much like in Diablo, and in the same way they have procedurally-generated stats. They’re not completely random, but some elements are randomized. We haven’t decided yet exactly how they’re going to be dropped, but the idea is to kill enemies and get good loot.

There is going to be stamina like in many mobile games, but there is content that you can play that doesn’t require any stamina so you’re never unable to play. Procedurally-generated stages require no stamina and they have different levels of difficulty.

Those also drop loot in the form of support items that you can use to add effects to your equipment. Things like improved attack rate, for instance. The higher the difficulty of the level you challenge, the stronger the loot you can drop.

We are also considering making costumes for the characters that could be monetized.

Giuseppe: So far we have seen a variety of characters that will be included in Project Immortal, Meiya Mitsurugi from the original trilogy, Ilfriede von Feulner from Chronicles Adoration, and Daryl A. McManus from Unlimited The Day After, and Eiji Iwaya from Total Eclipse. What are your goals in terms of the number and variety of characters and TSF for the game?

Kitakuou: We haven’t determined a final number yet. We’ll try our best to have as many TSF and characters from Muv-Luv as possible, but I’m not sure how many we’ll have at release.

As a personal goal, I’d like to have 10 to 30 TSF at launch, but I don’t know about pilots yet. For the trailer, I choose pilots to represent each branch of the Muv-Luv franchise.

There may also be some TSF that aren’t in the games or anime. For instance, we could add the black Type-82 C Zuikaku which didn’t appear in the anime. Eiji Iwaya pilots that model in the PV.

Giuseppe: Will the game feature a story? If yes, how will it be narrated?

Kitakuou: Yes, there will be a story, but I cannot say anything about it. It’ll be a surprise.

Giuseppe: Speaking of the gameplay, so far we have seen the TSF controlled by tapping or mouse clicking. Could you give more insight on how it’ll work? Have you thought of implementing a controller mode, maybe with twin-stick mechanics or something similar?

Kitakuou: Controls are indeed point & click-style. Attacking is automatic but you can actually move while attacking. You have both melee attacks and ranged guns. On top of that, you can drop supply boxes and use special skills by tapping their icons and then the area you want to target. It’s going to be similar to isometric hack & slash games.

You can bring teams of four or six characters – the exact number is still undecided – and you can switch between them in real-time. The TSFs you’re not using at any given time will be controlled by the AI. In the trailer, you can already get a glimpse of this.

Giuseppe: Could you describe the gameplay loop in terms of how we’ll be progressing through missions and between them?

Kitakuou: There is more than simply choosing a stage and going into battle. When you select a stage, there is a turn-based strategy part first. You can bring multiple squads depending on the stage and when a squad meets the BETA you’ll fight that battle in real-time.

During the strategy phase, you can perform actions like requesting support fire, deploy heavy metal clouds to weaken the Laser-class BETA during the actual battles, and so forth.

If you play well during the strategy part, you’ll have an advantage during the action part.

Giuseppe: Is there any aspect of TSF and loadout customization?

Kitakuou: It’s not like Project Mikhail in which you can select parts like arms, heads, and legs. We have TSF, pilots, weapons, and additional equipment that you can combine.

Weapons also have a feature that we internally call “extended weapon.” For instance, the assault cannon has the 36 mm chaingun and the 120 mm cannon. That’s what we call Extended Weapon. Some weapons will shoot once every 120 mm round once every six bullets, but you can have up to three.

There are so many extended weapon variations. You’ll see.

Giuseppe: Will Project Immortal be launched in the west?

Kitakuou: If there is sufficient interest from the fans, we’ll release it in the west.

Giuseppe: If I’m not mistaken, Project Immortal is made in Unity, which should be rather easy to port. What are your thoughts about porting the game to console platforms? Maybe the Switch, or even the next-generation consoles like PS5 and Xbox Series X?

Kitakuou: We’ll release it for PC on Steam, but I can’t promise that it’ll come at the same time as the mobile version. About consoles, if Sony and Microsoft allow cross-platform, we’ll do our best to release the game on PS5 and Xbox Series X as well. I’d like to release it on the Switch if possible, but I don’t think it would use touch screen controls. It’ll support the controller so you can play it easily on a TV.

Giuseppe: Besides working on Project Immortal, are you helping out with other âge games as well?

Kitakuou: At the moment I’m not, but if they ask, I will.

If you want to learn more about Muv-Luv in general, developer âge recently announced the upcoming Steam release of Muv-Luv Unlimited The Day After.

Of course, you could simply play the games available in English, and we happen to have a giveaway going on right now through which you can win all three of them.

Last, but not least, we have a detailed report of the 20th-anniversary event recently hosted in Tokyo, which was rich with announcements including the reveal of Muv-Luv Integrate , the announcement of Project Mikhail , an update on Muv-Luv Unlimited The Day After and on the Android version of the original trilogy , and the tease of the reboot of Kimiga Nozomu Eien.