The game is code named Project Immortal, and you have actually already seen it. It was presented as a fan project at the “Still Breathing”anniversary  event a few weeks ago.

I did mentioned in my previous article that it deserved to be made, and looks like I got my wish.

“Project Immortal was born from a tweet posted by a young Muv-Luv fan, Kitakuou. Seeing his passion to create a Muv-Luv game, Yoshimune Kouki, the series author, made a proposition to Kitakuou to present his project at the âge 20th Anniversary event that was held on the October 22, 2019.

Winning the support of many users and staff, the project was discussed with Muv-Luv general producer tororo, and Project Immortal has now been formally greenlit as a collaborative project between Kitakuou and aNCHOR.”

Here’s what a concept of the game looks like. 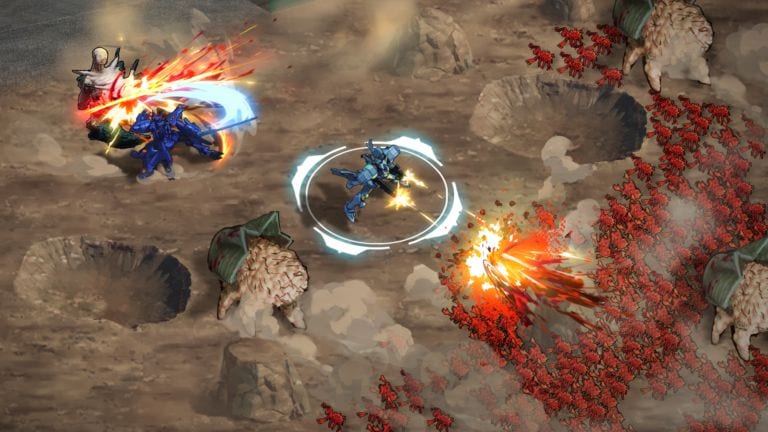 When I interviewed Yoshimune-san last year, he certainly appeared eager to work with external developers and help them share their vision of the franchise, and looks like he’s doing exactly that.

You can also read my report of the 20th-anniversary event hosted earlier this week in Tokyo, and my analysis of the art showcased for Muv-Luv Integrate.