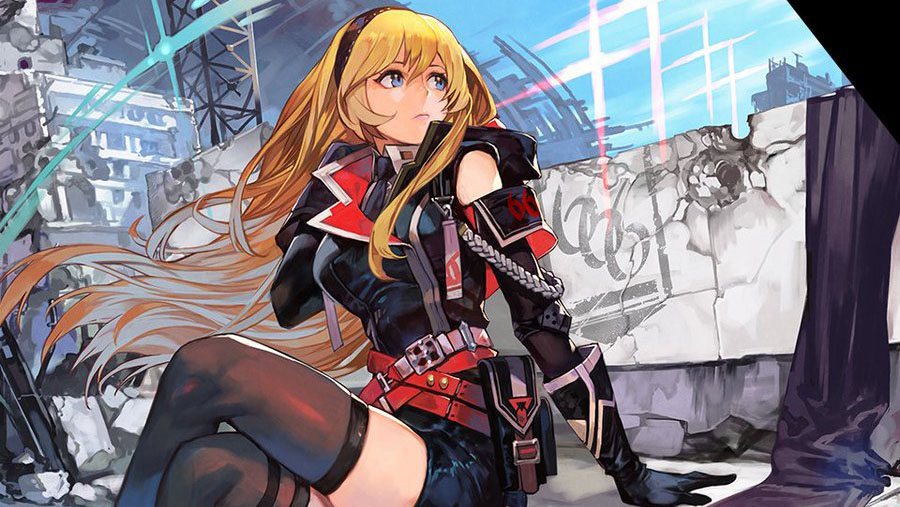 The first will likely be well-known to veteran Muv-Luvg fans. She’s Irisdina Bernhard from the prequel Schwarzesmarken. Her voice actress Nozomi Yamamoto will come back to reprise the role.

Then we get two original characters, Mashiro Akatori, and Karin Ewards. Their voice actresses have not been revealed just yet.

They’re portrayed respectively with a Type-82A Zuikaku and an F-22A Raptor.

You can check out their artwork below.