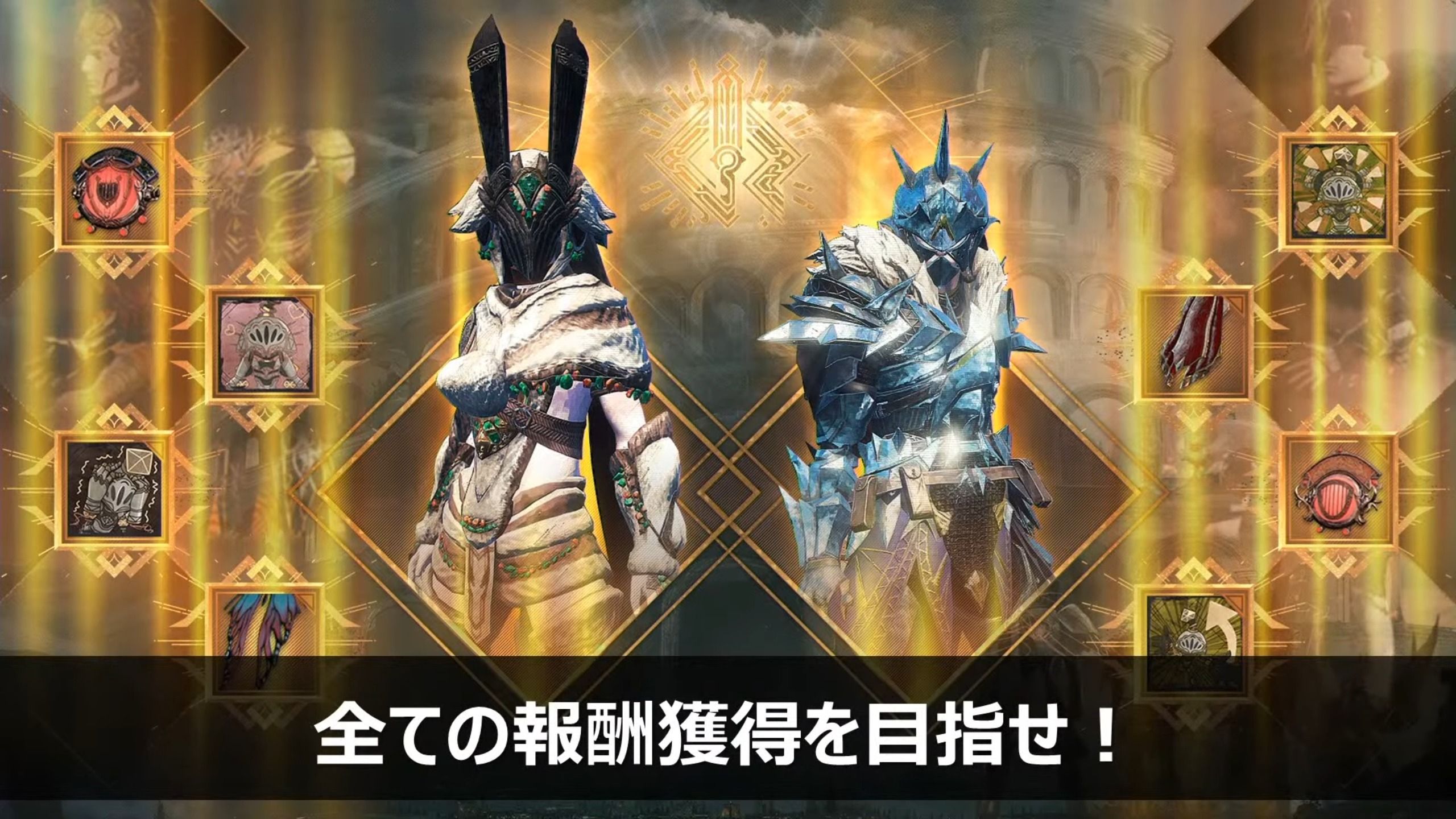 This time around we see more gameplay including the initial tutorial and the “Siege” feature, which focuses on gathering special items.

Perhaps more interestingly, we also get a closer look at the business model for the game.

The game will have an internal currency named Garaz, which will be sold for 110 yen per 100 Garaz. While the western pricing has not been announced, this is likely to be $1 or $0.99.

Purchasing Garaz is entirely optional and lets you gain access exclusively to items that don’t affect gameplay performance, like cosmetics and emotes. No items that have any effect on gameplay performance will be sold, but there is a possibility that mechanics like “pay to catch up” will be added going forward depending on the life cycle of the game.

To be precise, Garaz will let you buy cosmetic armor, capes, and accessories, emotes, stamps, victory poses, premium Battle Pass (unlocking it and instant tier unlock), and Battle Pass Garaz Missions which will come at a later date.

Battle passes work in the usual way. By completing quests, orders, and missions you earn points that you can use to unlock tiers that give you cosmetic equipment and materials.

There are actually two Battle Passes with each season (which lasts approximately 3 months). Everyone gets the Free Battle Pass, while you have to pay for the Premium Battle Pass.

Below you can see some examples of the equipment you can get.

Premium Battle Passes are planned to be sold for 1,000 Garaz (which will likely be approximately $10), but the first season’s will actually be free for everyone and you can earn up to 500 Garaz discounts on the next depending on the tiers you unlock.

We also hear that a demo will be released on February 25 letting you play the beginning of the game for free. It’ll be only on PlayStation platforms. Then early access for those who got the special editions will begin on February 28 at 6:00 PM Japan time on PlayStation and March 1 at 2:00 AM Japan Time on Steam.

The official service will start for everyone on March 3 at 6:00 PM Japan Time on PlayStation and March 4 at 2:00 AM Japan time on Steam.

Babylon’s Fall will release on March 3, 2022, for PC, PS4, and PS5. If you’re unfamiliar with the game, you can watch the previous gameplay reveal, the latest promotional video, the previous trailer, a gallery of screenshots, and read the official description.