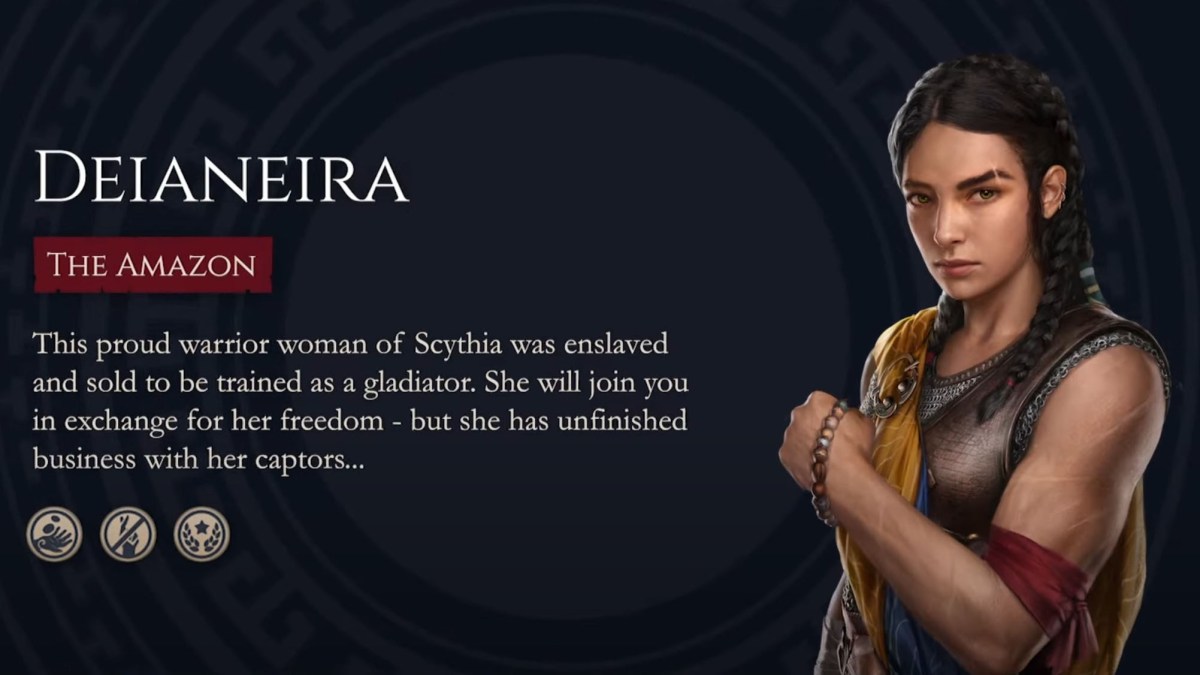 The new trailer focuses on introducing another of the playable characters of the game, Deianeira. She’s a Scythian woman enslaved by the Greeks and trained to be a gladiator, ready to follow the hero in exchange for her freedom.