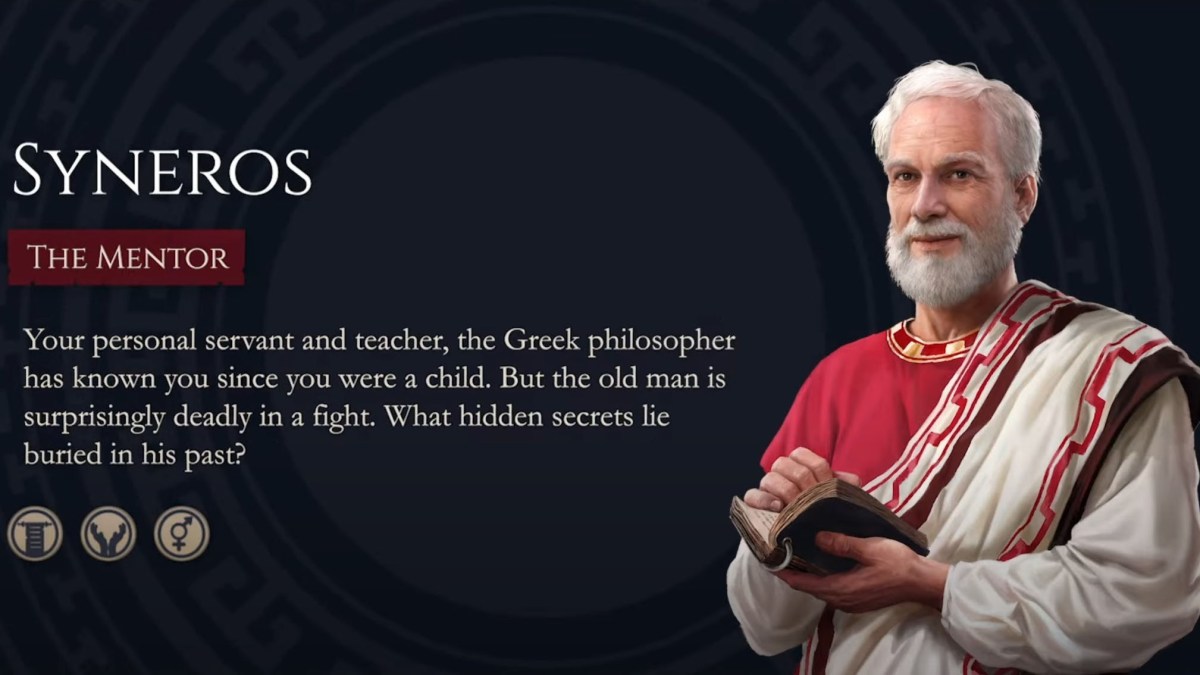 The new trailer focuses on introducing one of the playable characters of the game, the hero’s servant and teacher Syneros from Greece. Despite his appearance, he seems to hide some dark secrets. This follows trailers that introduced the centurion Caeso Quinctius Aquilinus, the spy Julia Calida, and the former gladiator Bestia Tabat.