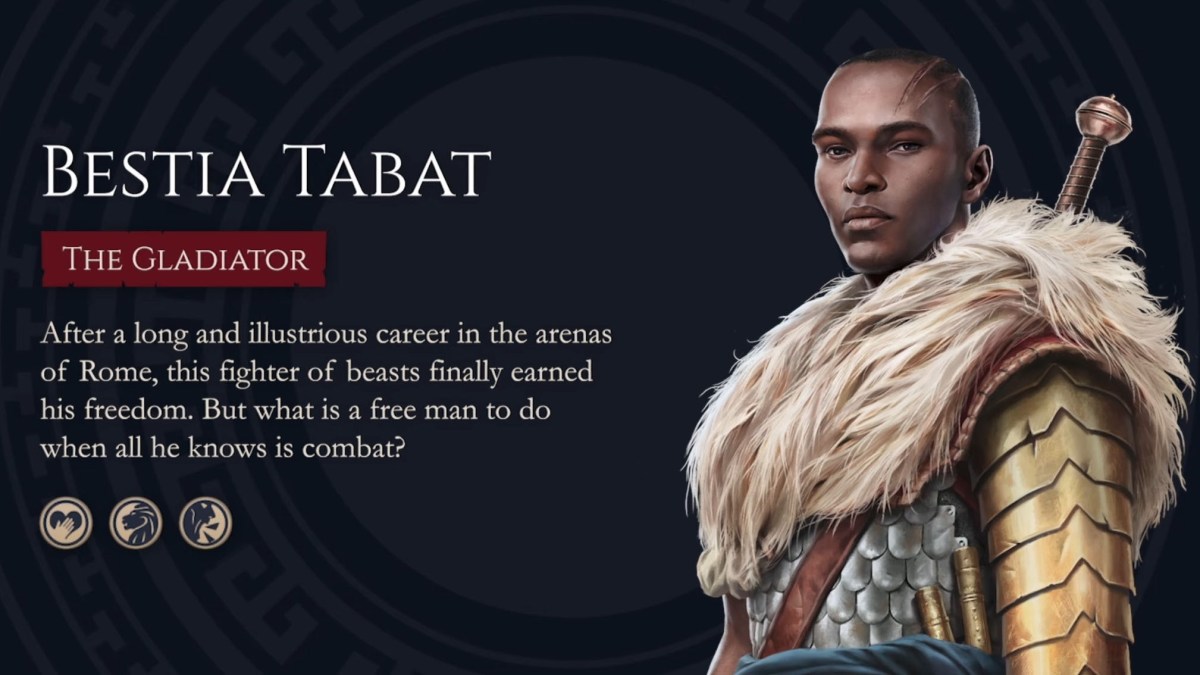 The new trailer focuses on introducing one of the playable characters of the game, the former gladiator Bestia Tabat, who chose the name “Bestia” (“Beast” in Latin) for himself when he earned his freedom after battling many beasts. It follows another trailer that introduced the centurion Caeso Quinctius Aquilinus and the spy Julia Calida.