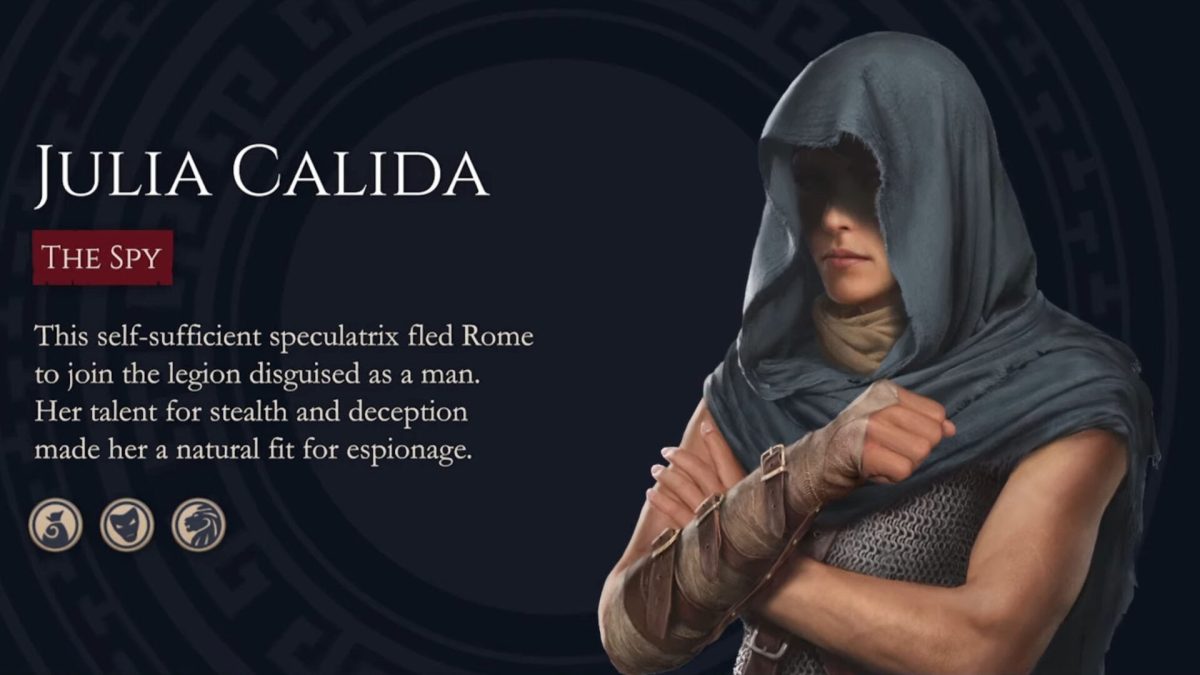 The new trailer focuses on introducing one of the playable characters of the game, the spy Julia Calida, who fled Rome to join the legion disguised as a man. It follows another trailer that introduced the centurion Caeso Quinctius Aquilinus.