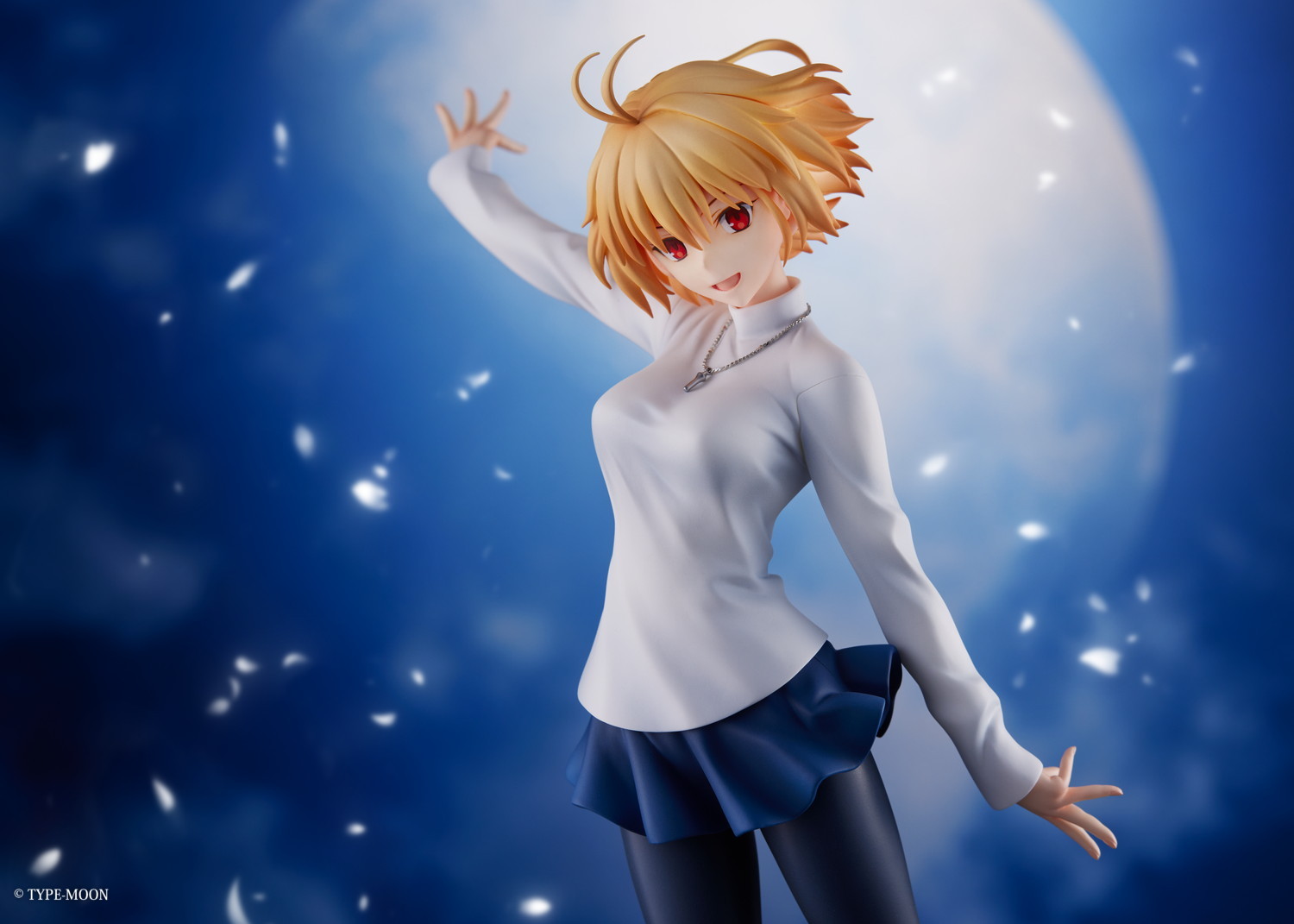 Alter has made a new figure dedicated to the visual novel Tsukihime: A Piece of Blue Glass Moon available for pre-order.

The figure portrays iconic heroine Arcueid Brunestud and is available exclusively on the Aniplex+ Store for 15,400 yen tax included, translating approximately into $136.

Pre-orders are open until March 27, 2022, and the figure will ship on March 2023. Yes. You read it correctly. 2023. If you’re interested in this figure you should keep in mind the massive lead time. Apparently, it’ll be officially available only for Japan, so you may also need a reliable importer, which doesn’t make things simpler.

The scale is 1/7, resulting in 295mm from base to ahoge. The prototype was sculpted by Ryo Hashimoto and painted by Toshiaki Numakura.

Tsukihime: A Piece of Blue Glass Moon was released in Japan in Summer 2021 for PS4 and Nintendo Switch, and it’s a remake of a legendary visual novel by Type-Moon from 2000. A western launch has not been announced for now.

Yet, you can find Arcueid in Melty Blood: Type Lumina, the fighting game featuring the visual novel’s characters.