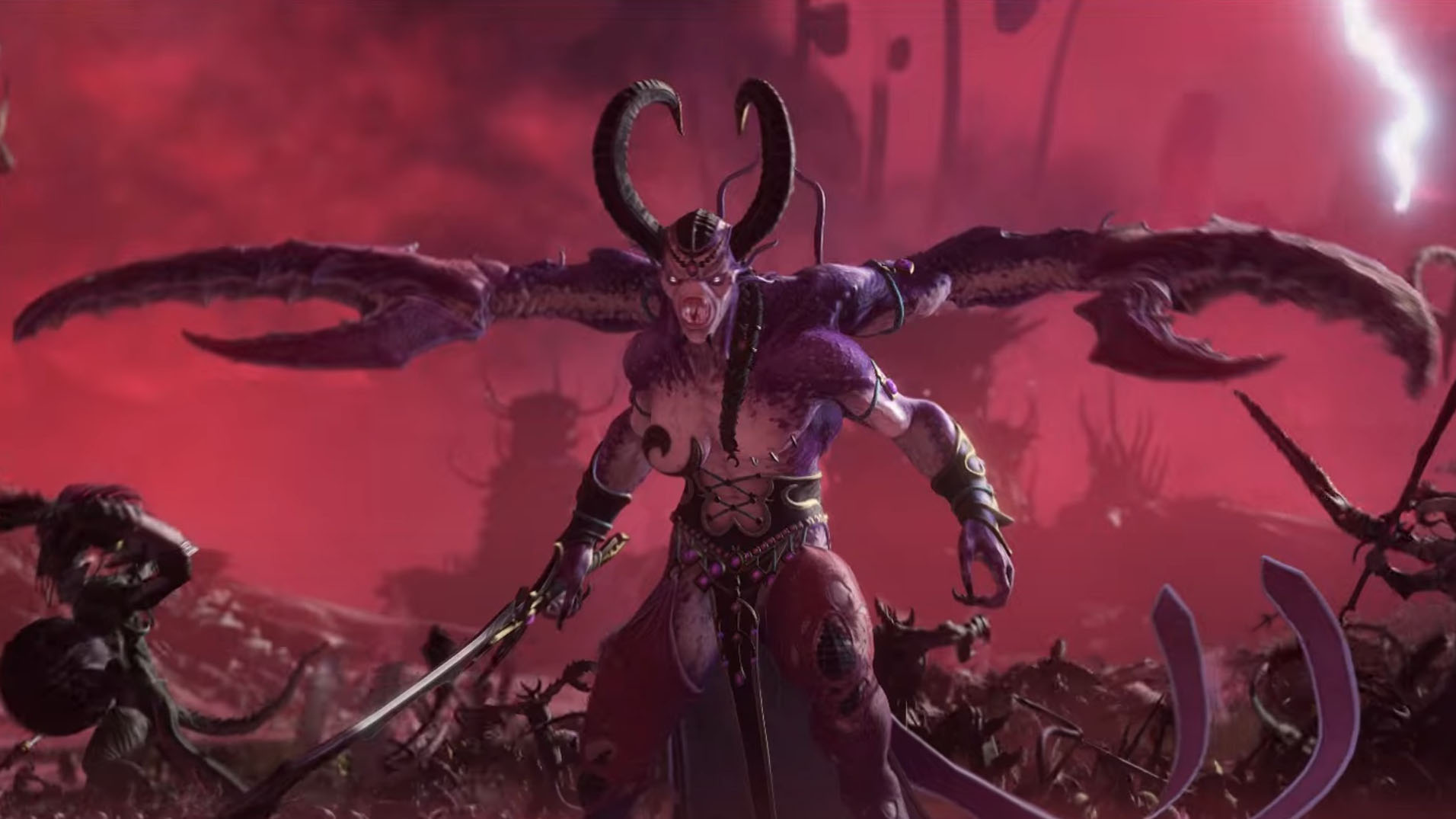 This time around the focus is on the Slaanesh chaos faction, showing many of its units on the field, from the most powerful to rank and file.

You can check it out below, alongside a breakdown of the faction from the press release.

N’Kari, the Arch-Temptor, scours the immortal and mortal realms to experience the ultimate sensation and taste ecstasy in its purest form.

On the battlefield, he is an extremely fast and vicious Exalted Daemon that excels at hunting isolated enemy characters and units. His unique passive ability, Harvester of Souls, heals him whenever an enemy unit has been fully killed nearby, whilst his Willing Prey ability significantly reduces enemy melee defence and attack, leaving them vulnerable to a quick and agonising death.

Using their unparalleled speed and armour-piercing capabilities, Slaaneshi Daemons look to sow discontent among the enemy ranks through hit and run tactics, before isolating units and dealing a quick final blow. Their armies gain battle currency by killing routing units which be used on three abilities which accentuate their playstyle.

On the campaign map, factions of Slaanesh strive to spread the Dark Prince’s hedonistic message at every turn. Their mechanics include:

An embodiment of their patron god, the daemons of Slaanesh are vicious, gracious and beguiling. Commanding their sinister armies are the imperious Keepers of Secrets and the Herald of Slaanesh, whilst the core of their army is formed around cunning and deadly units such as Daemonettes and Fiends, leaving the agile Heartseekers and Hellstriders to provide lightning-quick cavalry support.

If you want to see more, you can watch a gameplay trailer showing a battle against Nurgle, another trailer focusing on battle improvements, one showing more battle gameplay, and a video on siege mechanics.