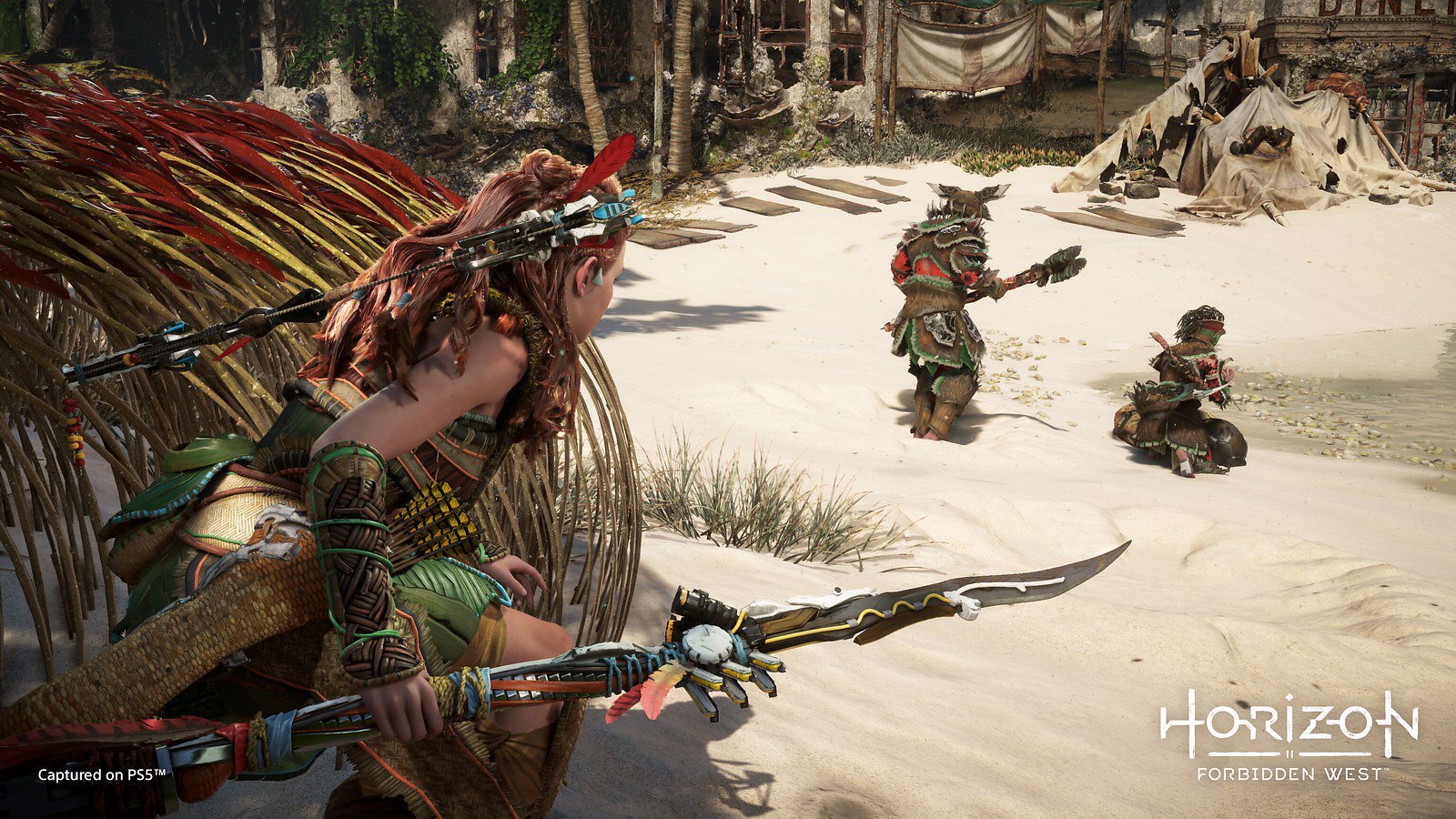 Developer Guerilla is back again with another dev blog to outline key aspects of Aloy’s upcoming adventure. This blog post focuses on the combat in Horizon Forbidden West, and how players will be able to get creative when trying to outsmart the new enemy AI.

Guerilla Combat Designer, Charles Perain, had this to say about how the combat has changed from the first game:

“Our changes to combat design stayed true to Aloy’s identity. First, we wanted to add additional depth to gameplay and increase the skill cap for players, through skills like melee combos and Valor Surges. Players who spend some time perfecting their combat skills will find some efficient and stylish ways to dispose of their enemies. “

Perain explains that there is a focus on personalized tactics this time around, with workbenches, skill trees, and new weapons that can be used in a variety of ways to take on the new enemies.

“We wanted enemies to feel more authentic by improving the fluidity and continuity of motion, like making enemies (and companions) more capable of traversing rugged terrain. The AI in Horizon Zero Dawn already supported some dynamic terrain changes, but we wanted to take this further by adding jumping and climbing as a systemic part of their behavior. As you are playing the game, the AI will be searching for opportunities to take shortcuts, where it previously was a cumbersome detour.”

This freedom of movement for the enemy Ai allows them to swim and even dive after Aloy underwater to create tricky situations. Though, breaking line of sight and sneaking away will allow Aloy to exit combat and escape.

For more on Horizon Forbidden West’s combat, AI, and new enemies, you can have a look at the full dev blog right here to get more info ahead of the game’s launch on Feb. 18, 2022.

For other related articles covering the game, you can check out the links below, which focus on more combat details, gameplay changes, what’s next for Aloy, and more.