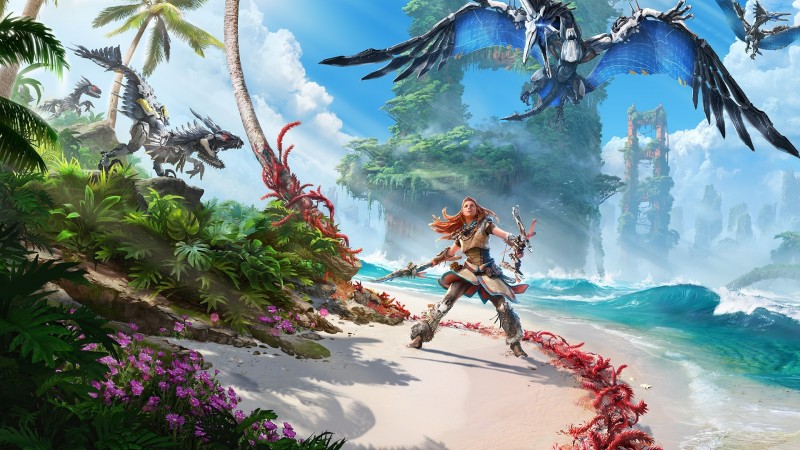 Ever since the initial reveal of Horizon Forbidden West, the follow-up to Guerilla Games’ popular action-adventure title Horizon Zero Dawn, it’s easily become one of the most highly anticipated games for the PS5. We’ve gotten a neat trailer showing it off, along with a few other dev blogs going into Aloy’s skill trees and abilities.

Guerilla Games has just published another dev blog on the PlayStation Blog, this time focusing on the machines instead.

“The machines in Horizon Forbidden West are more mobile in almost every way you can imagine – jumping, swimming, clinging to surfaces… Because of this, Aloy will need to keep up with them, so there’s new movement mechanics to help her out. We’re also focusing more on Aloy’s ability to survey and plan an encounter before engaging, as well as her ability to escape if things don’t go as planned.”

The enemy variety has also been increased in Forbidden West, and we get a glimpse of some of the new foes Aloy will be facing, such as the Tremortusk.

“The Tremortusk is based on a mammoth with a nod to the historic and cinematic examples of the great war elephants. It has many different attacks and a body covered in various guns. Apart from using its tusks to attack up close, it also has different elemental weapons it can use. The one we see in the trailer is controlled by a rebel faction of the Tenakth, but you can also find them wandering the wilds.”

Of course, not every machine needs to be a foe. Just like in the first game, Aloy will be able to override some machines and make them fight alongside her, or even get some clarity with regards to how to proceed next or how to interact with the open-world. You can read the full article here.

Horizon Forbidden West is set to be released exclusively for the PS5.