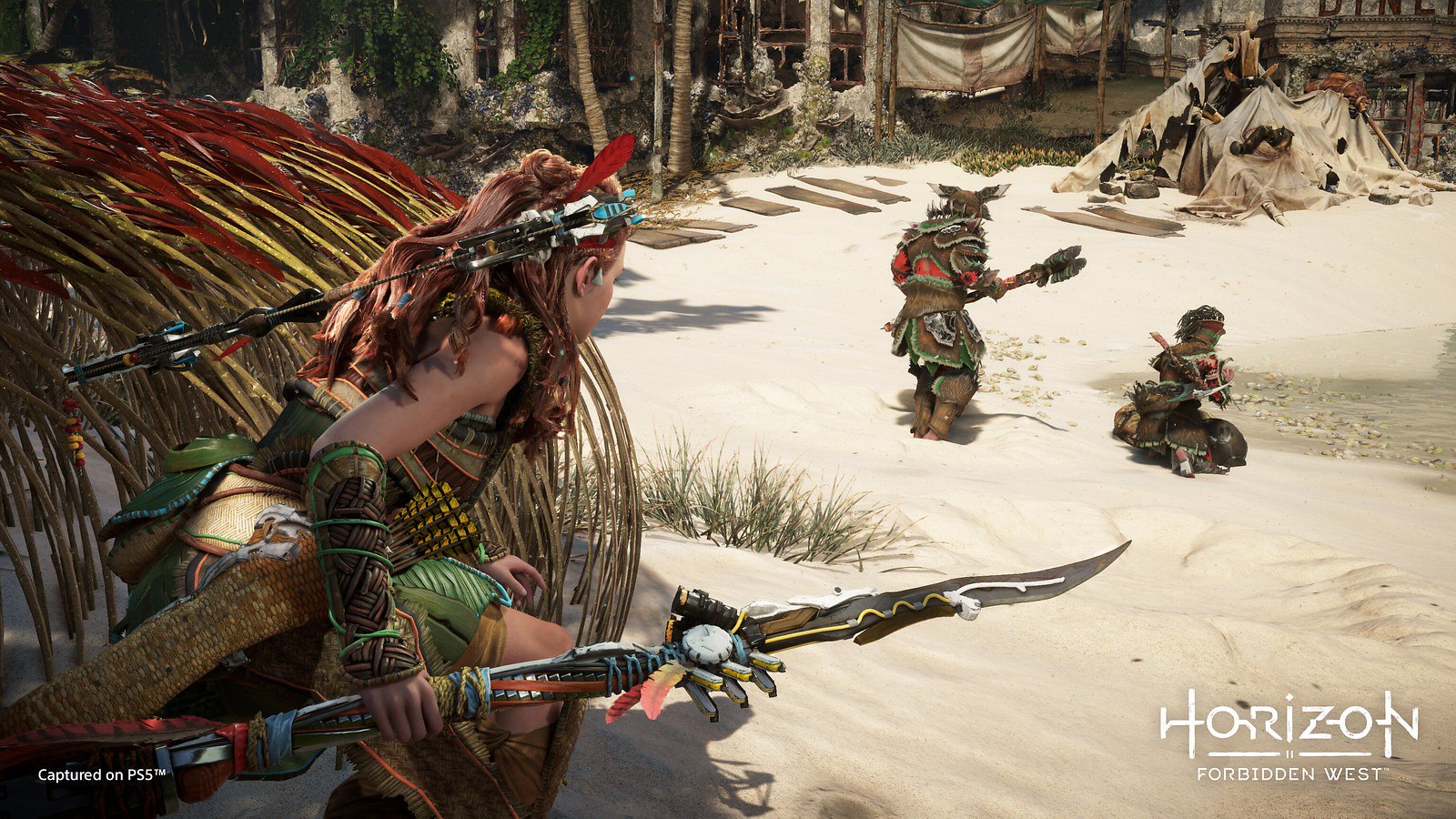 Guerrilla has written up another PlayStation Blog post to provide a ton of new Horizon Forbidden West gameplay details. Their previous blog post discussed the evolution of Aloy as a character, while this one focuses on her abilities in the sequel.

Open-world traversal is a big part of Horizon Zero Dawn, and the developers have found new ways to keep that same feeling while adding in new options to get from point A to point B. Aloy can mount new machine types, climb across different terrain without tribal handholds, use grapple points to get to specific spots, swim underwater, and use the Shieldwing to glide down from high places.

Lead Systems Designer, David McCullen, had this to say about the traversal options and gameplay movement:

Our traversal design decisions were always in service of increasing dynamic interactivity with the world around you. This could be to empower the player to manipulate and destroy their environment with a tool like the Pullcaster; or grapple-launching into a glide with the Shieldwing to set yourself up for a strike from above. What excites us most is how our mechanics, new and old, synergistically interact with each other to provide varied and dynamic approaches to any scenario.

He also goes on to state that he wants to allow players to be able to “outsmart” the devs by using the options provided, especially when it comes to creatively solving puzzles.

As for the combat, Aloy will have access to new weapon variations that create different tactics to deal with new enemy types.

Lead Combat Designer, Dennis Zopfi, said this when explaining the thought process behind the gameplay in Horizon Forbidden West:

One of the focus points that influenced all our combat decisions was increased player choice, and we applied this to everything: melee, weapons, outfits, skills and other new mechanics. We wanted to give players more tools, depth and dials to play with.

Player choice comes into play through the new workbench feature, which allows you to strengthen armor and weapons, unlock mod slots, utilize more customization, and more. This freedom also extends to Aloy’s skill tree since it now contains more tracks and skills than in Horizon Zero Dawn.

You can read up on all of the changes and additions coming to Horizon Forbidden West for yourself in the PlayStation Blog.