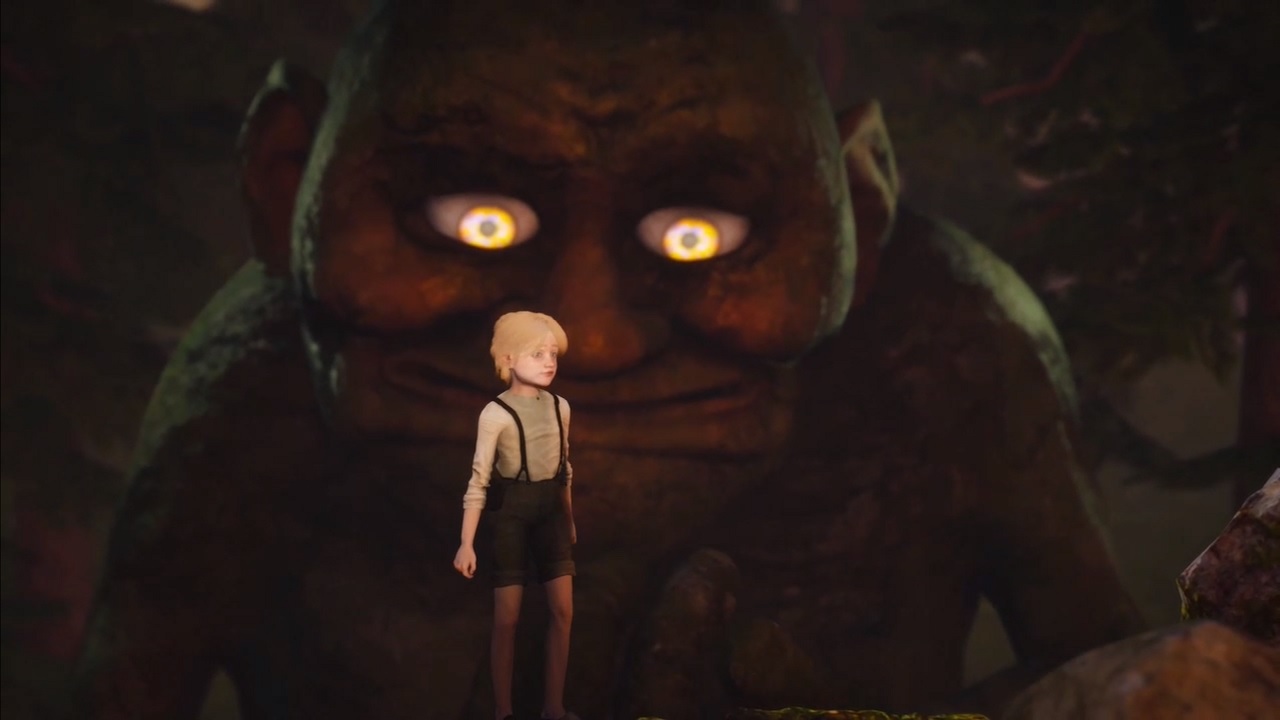 Developer Dimfrost Studios has debuted the first gameplay trailer for its upcoming dark and brooding horror fairy tale, Bramble: The Mountain King, which is scheduled to arrive on consoles and PC in 2022. Go ahead and take a gander at the new footage down below:

Inspired by Nordic mythology, Bramble: The Mountain King is reminiscent of games like Little Nightmares and Inside thanks to its somber tone and imagery. Instead of a 2D perspective, though, the Swedish indie studio’s sophomore effort employs more of a 3D point of view.

The title was first announced at an IGN Expo during E3, but not much was shown. Now, we have a much clearer look at what the gameplay entails. Furthermore, the developer has also promised that there will be combat, stealth segments and some environmental puzzles, too.

For more information about Bramble: The Mountain King, here’s a general overview courtesy of an official press release we received recently:

Coming to PC and console in 2022, Bramble: The Mountain King sees players take on the role of a young boy who together with his big sister, is lost in a magical forest. On their journey, they will meet and interact with gnomes, trolls, and other creatures inspired by Nordic folk-lore.

The new gameplay trailer showcases a new glimpse into the Bramble world as well as some of the curious inhabitants of the magical forest, and how players will interact with them on their journey. The trailer also teases some of the games’ combat, stealth mechanics and environmental puzzles including navigating a group of tiny gnomes across a dangerous path.

“Our goal for Bramble is to create a living and strange world filled with mysterious and mythical creatures. They will not only be a passive part of the world but also an active part of your journey. Some of them will help you, some of them need your help, and some of them just want to eat you! They live in this world and players will interact with their everyday lives.” said Fredrik Selldén, the CEO of Dimfrost. “Our gameplay and storytelling will support that feeling” added Fredrik.