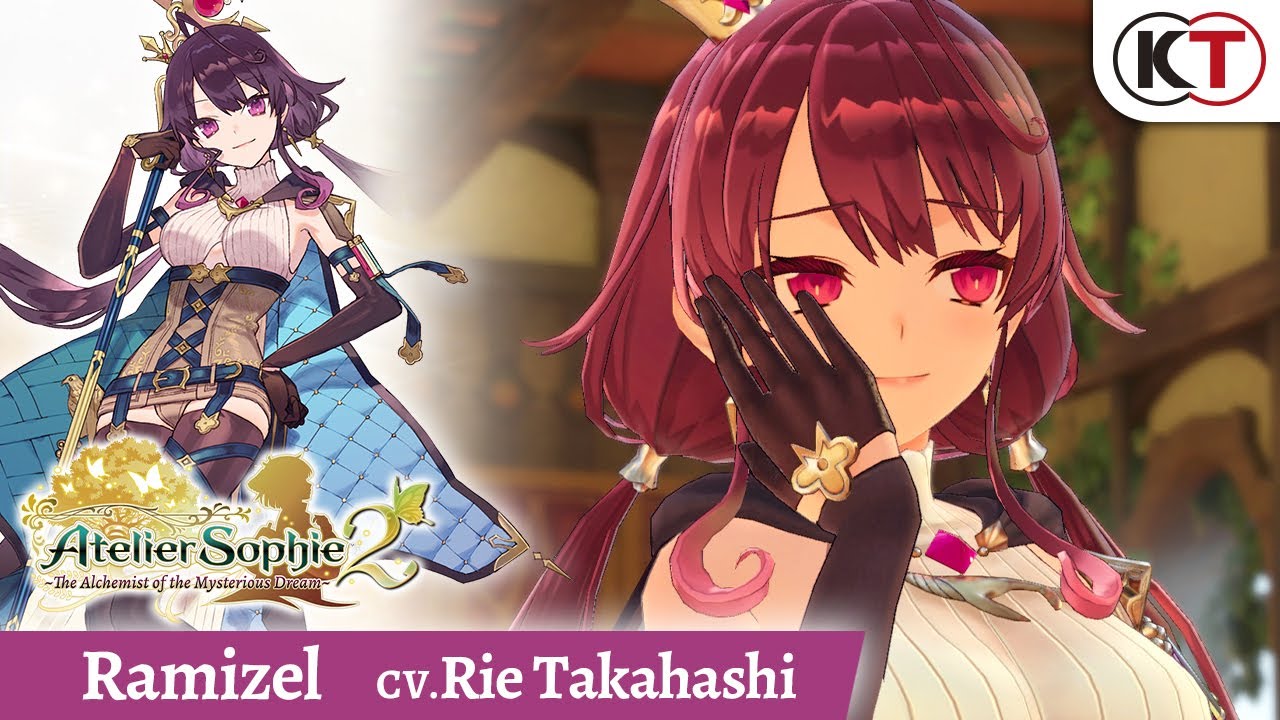 This time around, the trailer introduces Ramizel Erlenmeyer, following the one that showcased Sophie herself, and the one focusing on Plachta.

She’s voiced by Rie Takahashi, whom you may know for her roles as Megumin in KonoSuba, Emilia in Re:Zero − Starting Life in Another World, Hu Tao in Genshin Impact, and many more roles.

You can check the video out below, alongside a blurb officially describing Ramizel.

“The mediator for the people living in Erde Wiege.

Everyone depends on her with her cheerful smile and calm nature.

In addition, she has a strong sense of justice and a dynamic personality, which more often than not leads her to fighting monsters with her strength.

She meets Sophie and Plachta, who are alchemists like her, and watches over them as they grow.”

If you’d like to see more, you can take a look at the original reveal, an introduction video, more screenshots, and another trailer with more gameplay.