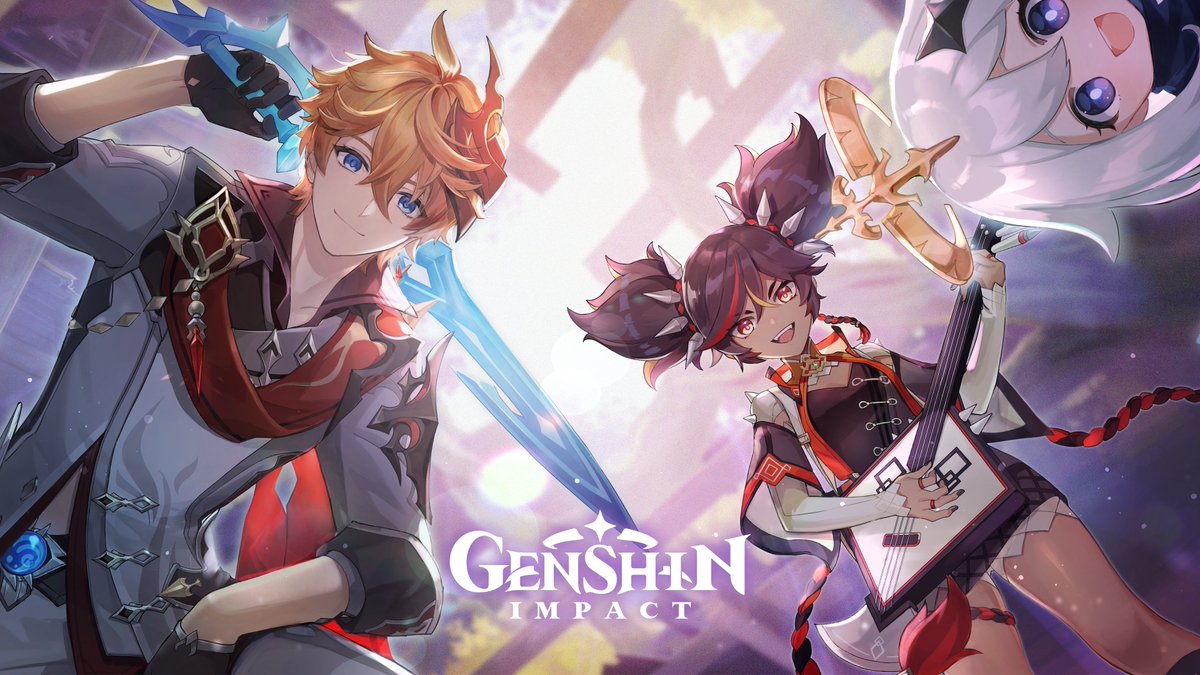 The Genshin Impact 2.2 live stream happened this past weekend, and it gave us a look at a few new features, events, weapons, banners, and more that’ll be coming to the game when the update goes live on Oct. 13. It’s looking smaller than the August 2.1 update, but regardless, here’s a rundown of everything we know so far about what’s coming in Genshin Impact 2.2.

Inazuma is an island nation made up of six main islands. The last update gave us access to Watatsumi and Seirai — the fourth and fifth islands — and Tsurumi is the sixth. It’s shrouded in a thick fog and is described as the toughest of the bunch, so be careful when wandering onto its shores.

One of the reasons to be cautious is the appearance of new Rifthound and Rifthound Whelp enemies. They roam the island, armed with troublesome abilities. Rifthounds can turn invisible, use Geo and Electro element moves, and even apply Corrosion to your party.

The Corrosion status depletes health, even when characters are protected by shields. So, either bring strong healers or finish battles as quickly as possible.

Childe is back again in his third rerun, which could’ve potentially been a letdown for some players if the banner didn’t also include Hu Tao‘s very first rerun and a brand-new playable character, Thoma.

It’s common knowledge now that Childe (AKA Tartaglia) is a five-star Hydro bow user who is able to switch stances for both long-range and close-range combat. Hu Tao is also a five-star character, but she uses polearm and Pyro techniques as she gets a little help from spirits.

And finally, Thoma is a four-star who also uses a polearm along with a Pyro Vision. Players who have explored Inazuma while completing the Archon Quests will have already met Thoma, as he’s known as a “fixer” on the island and frequently accompanies Kamisato Ayaka.

As for his abilities, Thoma’s Elemental Skill applies Pyro to himself, summons Blazing Barriers, and deals AOE Pyro damage. His Burst causes teammates to deal more Pyro damage, and his Talent provides a 20% chance to score a double catch when fishing.

The last three updates have added new weapons for players to upgrade and use to provide more gameplay options. Genshin Impact 2.2 is no different, as it’ll be adding two bows, a claymore, and a polearm to the weapon pool.

The five-star Polar Star and four-star Mouun’s Moon bows could benefit Childe greatly, but we’ll have to wait and see what they have to offer in-game. Meanwhile, the four-star Wavebreaker’s Fin polearm might be a good fit for either Hu Tao or Thoma.

Lastly, the four-star Akuoumaru claymore may be a good fit for Xinyan or Sayu since they featured prominently in the 2.2 live stream. Sadly, there aren’t any funny joke weapons like the Luxurious Sea Lord from 2.1 this time around.

Labyrinth Warriors, Shadow of the Ancients, Tuned to the World’s Sounds, and Dreams of Bloom are all of the new events coming in the 2.2 update. Additionally, the Ley Line Overflow event is making a return to provide bonus Mora and character level-up materials.

Labyrinth Warriors takes place in a Domain called Mystic Onmyou Chamber. Players will be accompanied by a paper figure known as Shiki Taishou that provides buffs as they complete fight after fight in the gauntlet-style event.

Tuned to the World’s Sounds allows players to use the new Floral Zither instrument to play music with Zhongli, Ningguang, Keqing, Xiao, Kokomi, Ayaka, and the Raiden Shogun at different locations.

Finally, Shadow of the Ancients will pit parties against an Anomalous Model Ruin Grader for “research”, while Dreams of Bloom is focused on gardening and planting Dreambloom plants to receive rewards.

The list of Hangout Events is growing once again. This time, you can go on little choose-your-own-adventure missions with Thoma and Sayu.

Both of these new Hangout Events contain six different endings, much like the ones available for other characters. With these two additions, the total list is now expanded to seven total hangouts.

If you’re looking for info on how to get all of the endings for Barbara, Chongyun, Noelle, or Bennett, we’ve got you covered with a few guides.

The Serenitea Pot is constantly being upgraded and improved, so it should come as no surprise that the 2.2 update is adding even more content to Genshin Impact’s little base-building feature.

This time, a whole new realm is being added to change up the scenery of your pot. The Silken Courtyard is an Inazuma-themed location that will become available in the update. To unlock it, you’ll need your Sacred Sakura favor to reach level 40.

There are also a number of new Inazuma-style furnishings to use for decoration. They can be obtained from Tubby, world quests, and Remarkable Chests. These new chests can only be found on Tsurumi Island, so venture into the fog if you really care about Serenitea Pot decoration.

So far, that’s everything notable that you need to know about what’s coming in the Genshin Impact 2.2 update on Oct. 13. Also, be sure to check out our guide wiki to find tips, tricks, and other useful info on the game.