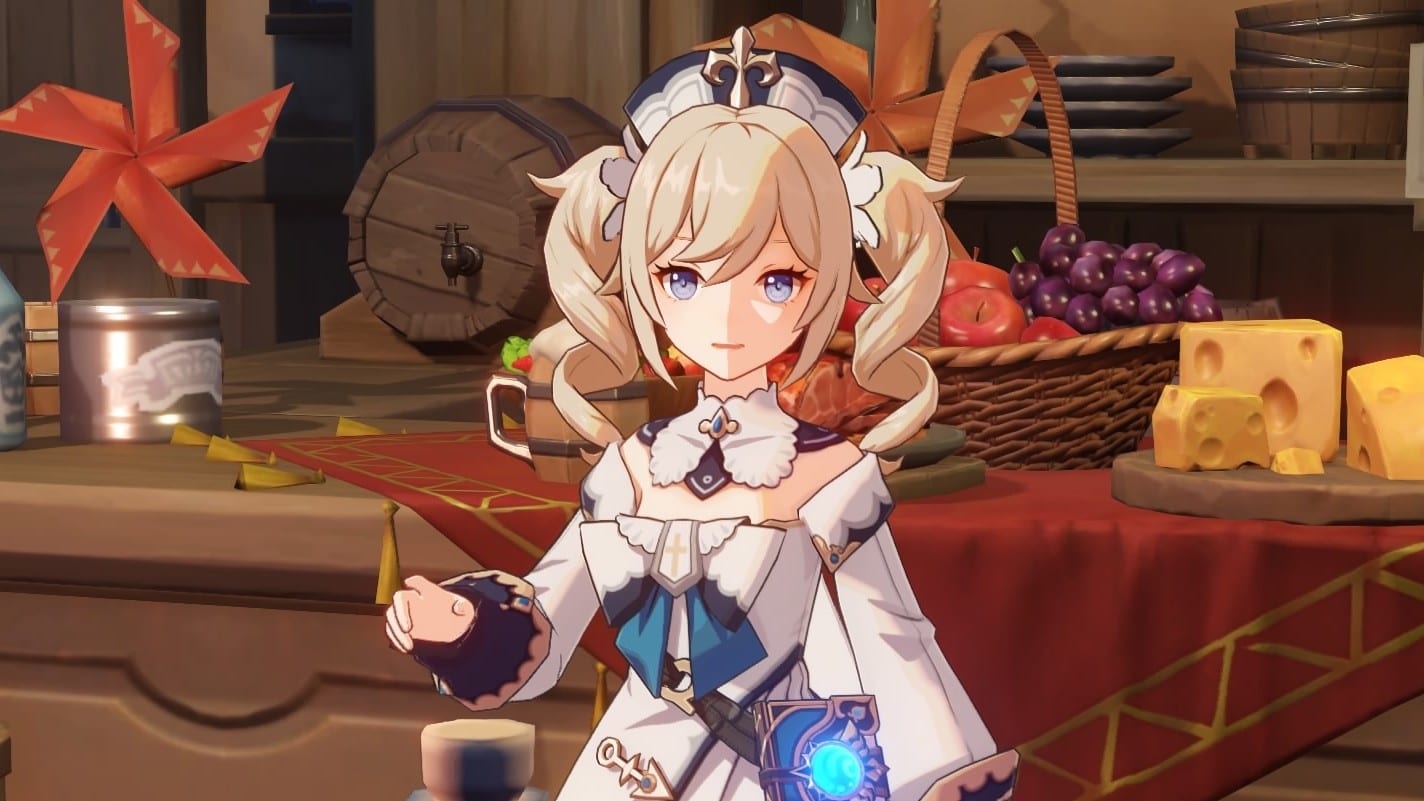 Genshin Impact continues to thrive on the free-to-play market thanks to continuous updates that feature a boatload of cool new features. One of those is a fun event where you get a chance to simply hang out with some of your favorite characters, netting you rewards in the process. Here is everything you need to know about Barbara’s Hangout Event and how to get all of its endings in Genshin Impact.

The first thing you’ll need to know is that you actually have to complete “Sister Victoria’s Vexation” before you’re even able to start Barbara’s hangout. You can find this by speaking to the nun in front of Mondstadt’s cathedral.

Eventually, this leads you to Barbara’s “Wellspring of Healing” Hangout Event located in Wolvendom. Once you’ve started, there are numerous different dialogue options to choose from.

In order to get one of the five different endings, you’ll want to choose according to the options we’ve listed below. It is important to note that any dialogue option that seems mean should be avoided, as it will drop her heart meter and eventually cause the event to fail.

When you start this event, Barbara tells you about a fan, Albert, that is looking for her in the forest. Let her know that you’ll “send that person away.”

Go to the marked location and you’ll find Albert, a member of Barbara’s fan club. Choose the following responses for the Untimely Enthusiasm ending.

To actually queue up the ending, you need to talk to Albert again after he walks around for a bit. This nets you 100 Adventure EXP, 20 Primogems, and 3 Guide to Freedom.

Transition: The Church’s Affairs to the Deaconess’ Gratitude

You can enter this transition one of two ways. The first is to go and talk to Albert and say the following:

Albert then leaves, allowing you to talk to Barbara about halfway down the Wolvendom’s dirt road.

The other way is to simply convince Barbara to head deeper into the forest when talking. Follow her and she’ll ask you to find five Red Wolfhooks. All you have to do to get these is search tree trunks in the marked area on the map.

Talk to her and she will wait for you on the road leading to Wolvendom. Meet up with her there and talk to her again.

You’ll need to go to Mondstadt’s cathedral and talk to Sister Victoria again after this conversation. She asks you to clean the dirt piles behind the cathedral. To do so, just use Hydro or Anemo skills. The Traveler (protagonist) has access to Anemo skills.

This takes you to a point called “Deaconess’ Gratitude,” which starts up another conversation with Barbara that branches off.

A Holiday in Mondstadt

In your next conversation with Barbara, she will ask you what you want to drink. For this one, choose Cat’s Tail Drink.

Speak with Victoria again, then head over to the Cat’s Tail, right next to the Adventurers’ Guild kiosk, and you’ll find Barbara. Talk to the three fans and pick the following options for each:

Interact with Barbra and you’ll get the ending for this event. The rewards are 100 Adventure EXP, 5 Hero’s Wit, and 3 Varunada Lazurite Fragments.

A Fiery Flavor From Liyue

When Barbara asks you what you want to drink, select Chilibrew. You’ll want to choose to split up, then go and speak with Sister Victoria.

Next, grab the marked chilis at the Stone Gates, then head up to the Whispering Woods outside of Mondstadt. Just follow the trail and walk around the marked area until you find Barbara.

Talk to her and agree to fight the Treasure Hoarders in order to rescue the merchant. After you finish all three waves of the fight, talk to the Caishan.

Choose Liyue Chilibrew as your reward for this ending and you’ll get 100 Adventure EXP, 20 Primogems, and 5 Spicy Stew as a reward for completing it.

Choose Chilibrew again as your drink of choice, but this time choose to stay together. Go to the marked location in the Whispering Woods and you’ll fight Hilichurl.

Threaten the man who shows up by mentioning the Knights of Favonius and you’ll start a fight. Defeating him will net you this ending, which rewards you with 100 Adventure EXP, 5 Hero’s Wit, and 3 Varunada Lazurite Fragments.

The Taste of Hard Work

The final ending can actually be accomplished in one of two ways. The first is that you can choose the Sweet Flowers as your reward for defeating the Treasure Hoarders instead of the Liyue Chilibrew.

The other way to get this is by choosing to heal the man who shows up instead of threatening him with the Knights. This occurs during the option where you stick together to grab Sweet Flowers.

Either choice sees you end back up in the garden outside of the Adventurers’ Guild, netting you a reward of 100 Adventure EXP, 20 Primogems, and 3 Guide to Freedom.

That is everything you need to know about Barbara’s Hangout Event and how to get all of itsendings in Genshin Impact. If you’re still looking for more help with other characters’ hangouts, as well as general guides for the game, be sure to check out our guide wiki.