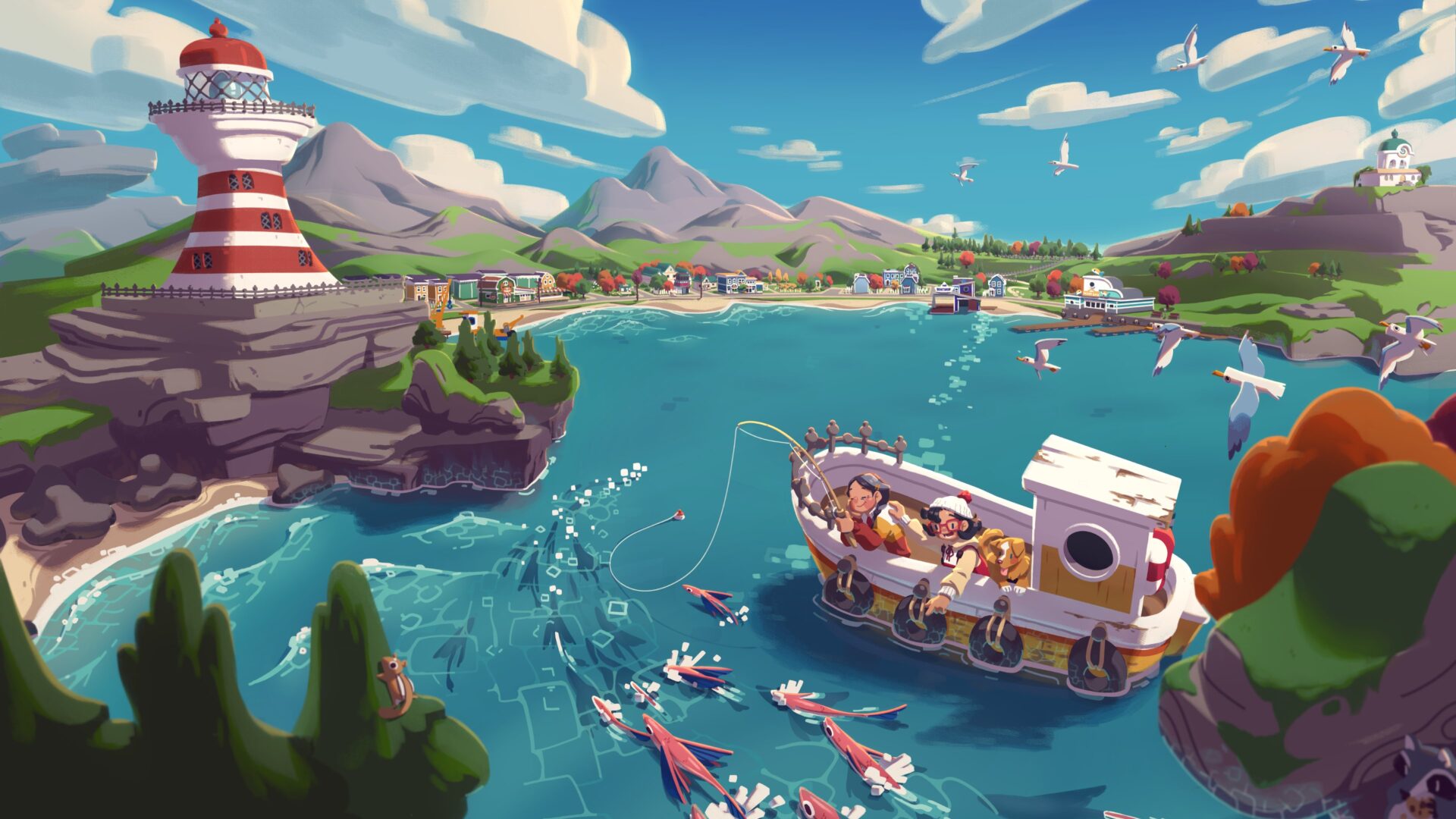 “One of the first major ones was Harvest Moon,” Soares said when asked what the team’s inspirations were for Moonglow Bay. “And Legend of the River King as well,” Nascimento added.

“Then I think it was Animal Crossing. Not the newest one (New Horizons) because it was not out when we started making the game. It was New Leaf.”

Explaining how Animal Crossing and Harvest Moon inspired the game, Soares noted it was “the dynamic that occurs in that game, with the people that live there, that kind of stuff.” Nascimento added, “Like the whole becoming friends with the villagers.”

Outside of games, Soares interestingly explained how slice-of-life manga and anime helped inspire the game and its core mechanics. “I do read a lot of manga, but the one that stuck out most was Toriko, which is…. not the entirety of the manga, but just the kind of initial premise of people who just punt weird creatures and cook and stuff with it.“

In terms of Moonglow Bay’s aesthetics, the duo credited a “Ghibli palette” for the game’s voxel art style. “Especially Ponyo,” Nascimento said. “Yeah, Ponyo had a lot of that because of the fish… Like the way they kind of emphasize the wildlife at sea is really nice and we wanted to play with that idea. And anything else aesthetically, like polaroids and being able to flip through an album.”

It was this, in particular, Soares says, that inspired the game’s UI “flipping through an album… kind of inspired how the UI went, which is an interesting take, and also the voxels kind of dictated the squareness of the interface.”

You can read our full Moonglow Bay interview with Zach and Lu now, so be sure to check back soon for all the juicy details.