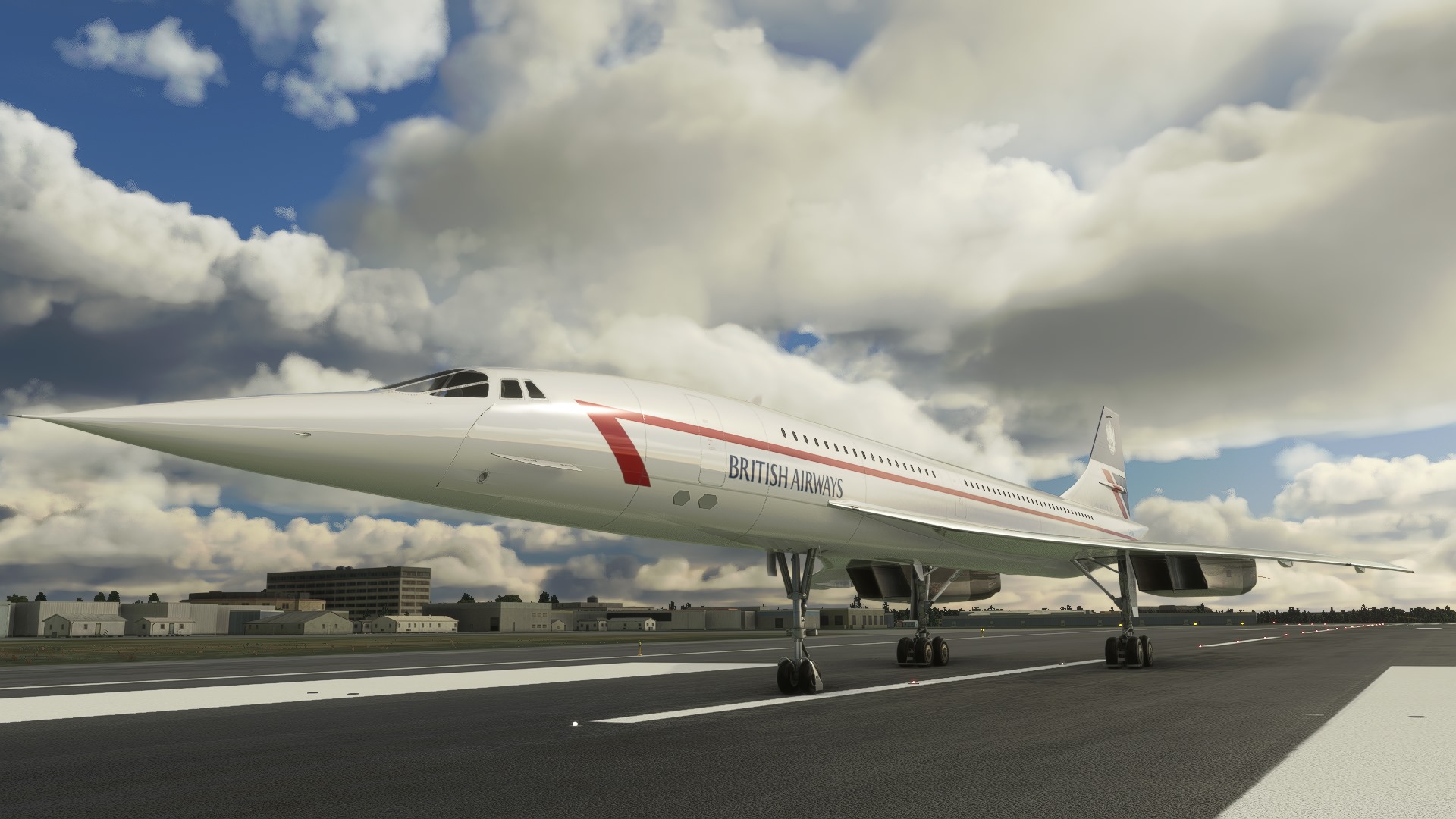 Today Microsoft and Asobo released a hotfix update for Microsoft Flight Simulator, whole third-party developers had plenty of reveals and releases to share.

First of all, here’s the changelog of the hotfix, which requires a 465 megabytes download from the Windows Store/Steam on PC, on top of 528 megabytes to be downloaded within the sim (and 10kb in the content manager).

Next, we hear from DC Designs, which provided new screenshots and details about the upcoming Concorde. We also get an official confirmation that it’s coming for the Xbox version of the sim on top of PC.

“The conversion of my Prepar3D Concorde has been underway for quite a while now, as when chances have arisen I’ve updated the project as I learn more about MSFS. This means that, far from being started from scratch, Concorde is already in the simulator with most external animations working. In addition, as so much of Concorde is unique, custom code that was created for many features in Prepar3D has carried over perfectly into MSFS. This head-start is what’s allowing me to project a pre-Christmas 2021 launch date for Concorde.

AGAIN, EVERYTHING IS WIP. The images represent the aircraft with only very basic PBR and the original normal maps, basically as she was in Prepar3D. Much of the work over the next month or two will be bringing the modelling and texturing up to MSFS standard with the use of higher resolutions, new decals for stencils, panel lines and rivets, true PBR and so on.

There will be many questions about how detailed this rendition of the aircraft will be ( just as there were with the Prepar3D version ). First off, the visual detail will be much higher this time around, as MSFS of course allows so much more to be done. The cockpit is being re-built and re-textured, the external model likewise in many areas. The systems fidelity will be slightly higher than that found in the Prepar3D version, mainly due to the fact that I understand more about coding now. Although fans of study-level aircraft will probably not be enamored with this level of detail, Concorde will feature all of the real aircraft’s quirks just as the Prepar3D version did; fuel transfer for pitch trim, step-climb profile for cruise acceleration, nose-droop animations, highly realistic flight model with super-cruise and more. The engineer’s station will again be fully functional, although reduced in complexity as I want this Concorde to remain within everybody’s reach. Custom sounds for the Olympus engines will accompany the package, as well as colour schemes for the main operators of Concorde. The paint kit, and a manual the size of a refrigerator, will also be there, but I am hoping to utilize the simulator’s Checklist feature so that new users can follow a checklist for an *entire* Heathrow to JFK flight without having to reference a physical or PDF manual – allowing console users to more easily learn how to properly operate Concorde while actually flying her.

Finally, the new model will make full use of the MSFS decal system, so all panel lines and rivets will become high-resolution decals along with all other markings. The model will utilise all the sim’s lighting; brand-new passenger cabin modelling, and as much of the MSFS support animations ( baggage loading, gates, fuel truck, ground power, effects etc ) as I can make work with the aircraft to make it as complete as possible. Perhaps the only thing missing at launch will be true afterburners, which are delayed now for MSFS until May 2022. I will use my existing custom afterburner system in their place ( same as that used on the F-15s and F-14s ) until full support comes to the sim.”

We also hear from SC Design, which released new screenshots and its own development update for the F-16C Fighting Falcon.

“The F-16 cockpit has been getting many of its switches, knobs, and instruments installed this week. There are so many variants / Block variations of this iconic fighter that it’s quite tough to decide upon which cockpit layout I should use. Given the fact that the majority of combat and weapons systems in the F-16 are not useable in MSFS at this time, I’ve gone with a layout that is mostly based on the Block 52 cockpit but with some differences in detail.

The MFDs and HUD are active and working as they should be, while coding for all switches and controls is being applied as I work through the various systems. The F-16 didn’t have an auxiliary power unit ( something it had in common with the F-14 ) so a GPU model will be provided, as will a battery switch to ensure you can start the engines if you’re at a field without ground power facilities.

Special effects that will accompany the launch will include all the now-familiar effects such as engine exhaust blur, tire smoke, and contrails. I’m going to try for wing-tip G-vortices as well with this one, to see how it turns out ( might get myself one step ahead of DC Designs there!). Sim Acoustics have slotted the F-16s in for full custom sound in November, so this may mean that they miss the pre-Christmas launch I was hoping for as the Marketplace take at least a month to test and clear new products, but we will have to see how that pans out.

The next two to three weeks will see the completion of the F-16C cockpit, which will then allow me to convert the modeling to support the rear-seat layout of the F-16D. This will not be a fully functional rear cockpit – the visuals will match up, but the displays will be repeaters. Full flight controls however will be included, and all essential instruments for instructing purposes, ready for when we see shared-cockpit come to MSFS.”

We also take a look at two new screenshots of Nanki–Shirahama Airport (RJBD) in Japan by Gate15Scenery, showing off the interior.

We then move on to two releases, starting with Uk2000 Scenery, which launched Jersey Airport (EGJJ) in the Channel Islands.

It’s available at the developer’s own store for £8.95.