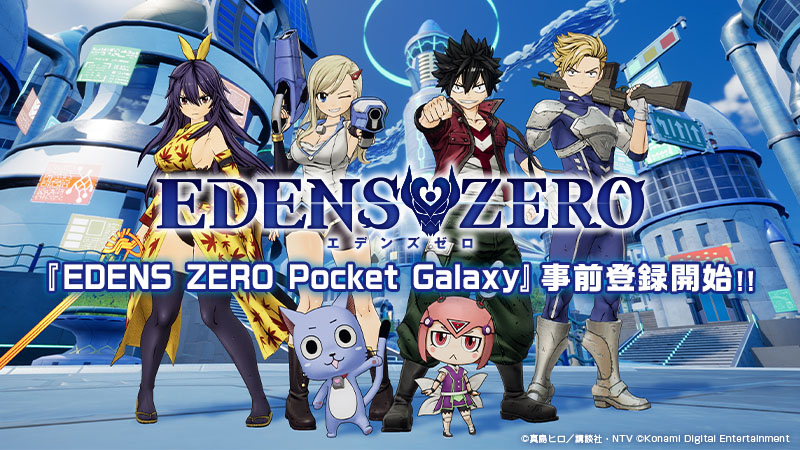 Edens Zero Pocket Galaxy is the mobile prong of the project, and it’s a top-down action JRPG that lets you explore and clear dungeons. It includes several moments from the original manga on top of an original story.

Action scenes in which characters use their Ether Gear are fully animated and the game includes over 100 costumes for players to pick from, including original ones designed by Hiro Mashima himself.

Pre-registrations are already open, and to celebrate, a “Cyber Cosplay” costume will be offered to everyone when they start the game. Today’s video includes English subtitles and the pre-registration site is in English, as the game is coming to the west as well.

Below you can check out the trailer and a few images, including examples of costumes.

We still don’t have any relevant information about the console action JRPG that was announced at the same time last year during Tokyo Game Show. It’s likely that it’ll appear this year during the same event, which will feature a panel hosted by Konami on September 30.