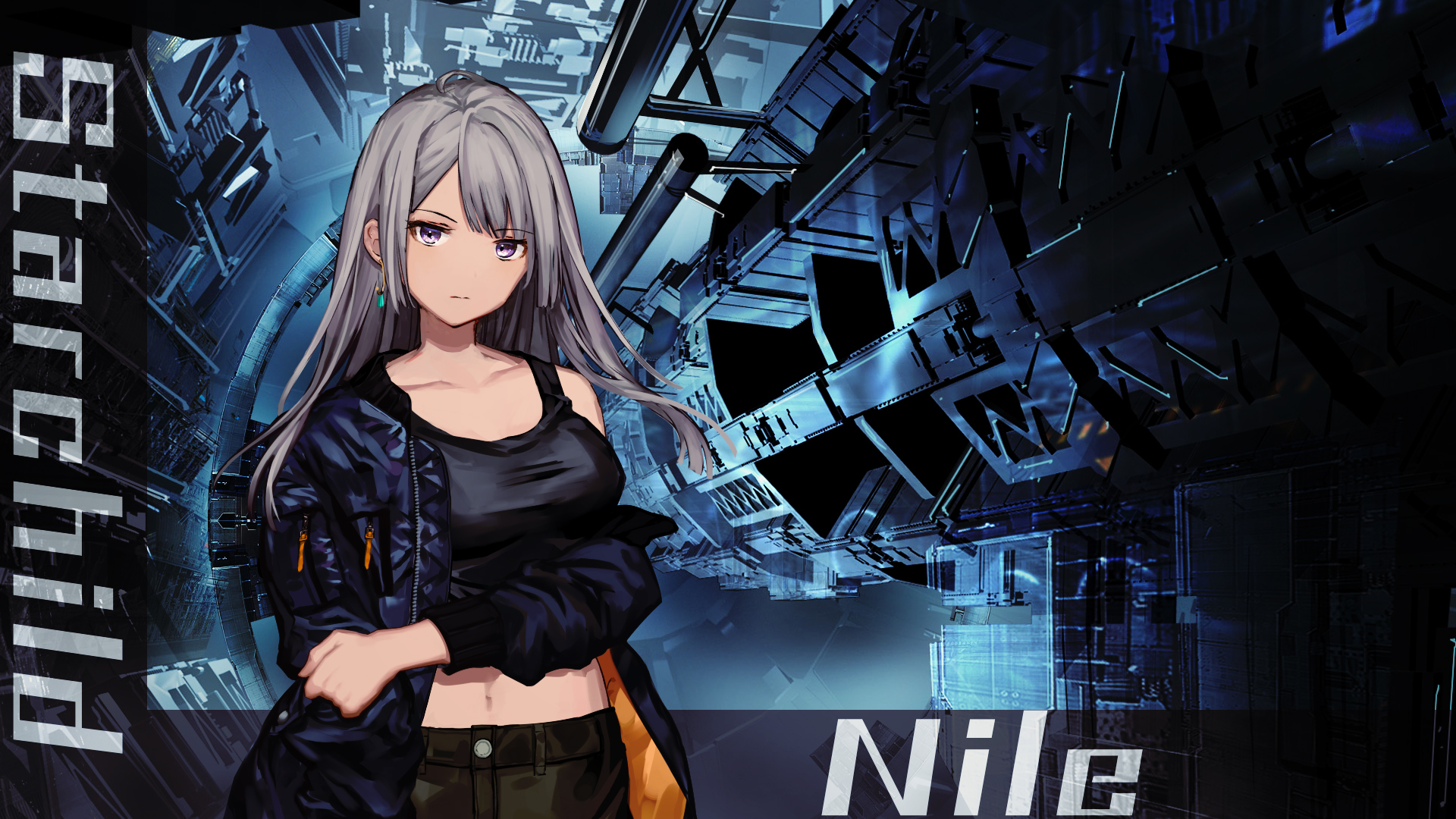 First of all, we learn that at the moment the development team is planning 40 stages for the main story (which should take 40 hours to play), 40 stages (lasting 20 hours) for the battle simulator, and 40 stages (40 hours) for the sizable content playable after the story campaign, on top of the new game+.

That being said, we also hear that this is a rough estimate at the moment. The dev team is currently working on finalizing this and there shouldn’t be major changes, but fans are encouraged to wait for the official announcement with the final numbers.

On top of that, we learn more about another character, Nile, and her voice actress, Ayumi Takeishi.

Like Eight, Nile is a member of the 404th Special Satellite Force. She is usually quiet, but when it comes to Himiko… we’ll learn what happens in the game.

Her voice actress, Ayumi Takeishi, is known for her role as Miki Yuzuri in the Memories Off series and more.