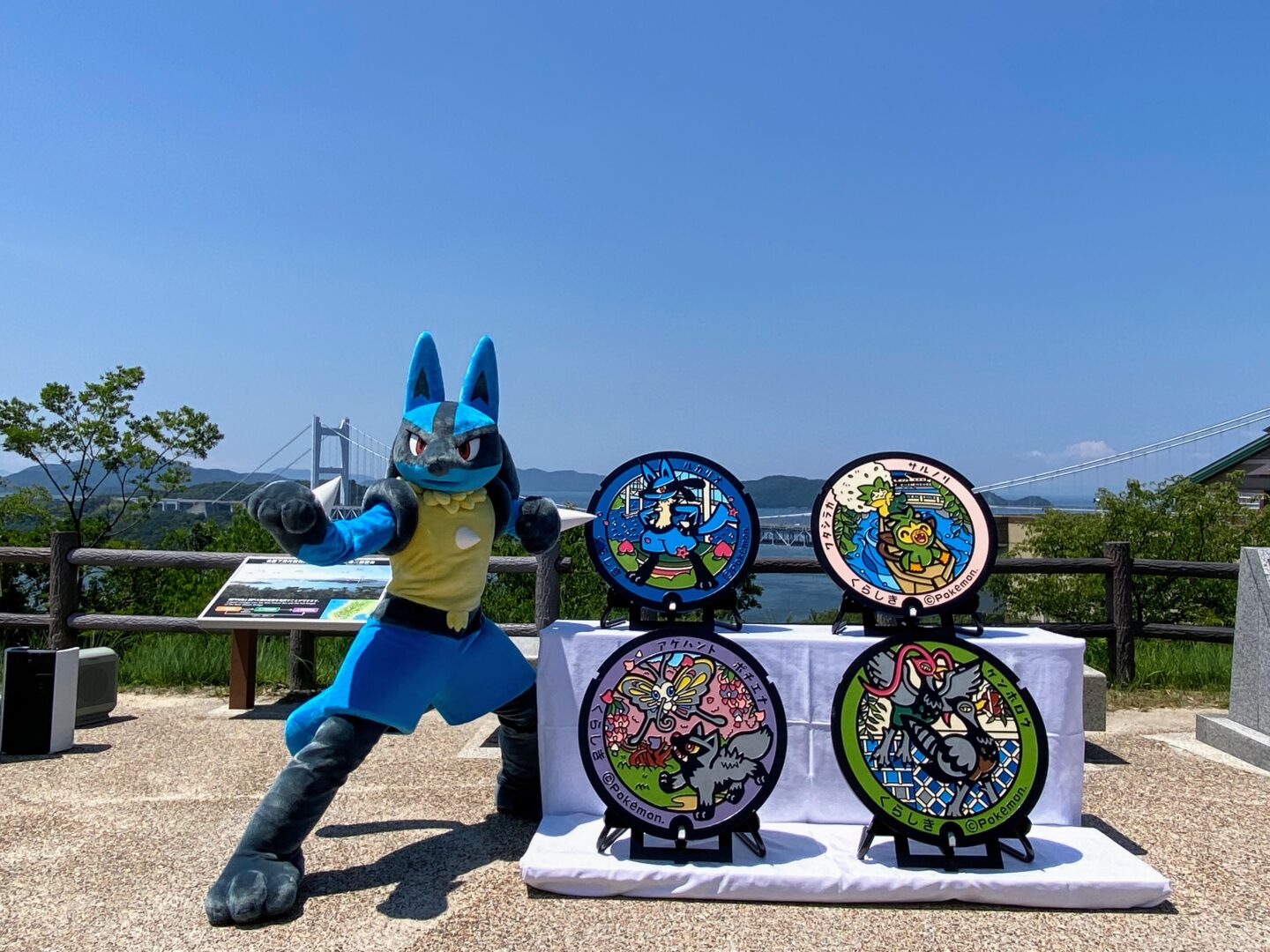 The “Poke-Lid” mania in Japan doesn’t see any slowdowns as more Pokemon-themed manholes have been installed in a local city.

This time around the four new colorful manhole covers have been installed in Kurashiki, Okayama Prefecture.

They portray the following Pokemon.

You can see what they look like below, alongside a couple of pictures from the official press release portraying the unveiling ceremony in Kurashiki, and a full image with all the current Poke-Lids.

The trend started with the installation of the first Poke-lid portraying Eevee in Ibusuki, Kagoshima prefecture, back in December 2018. As of now, 193 of the colorful manholes have been installed in seventeen prefectures including the seven showcased here.