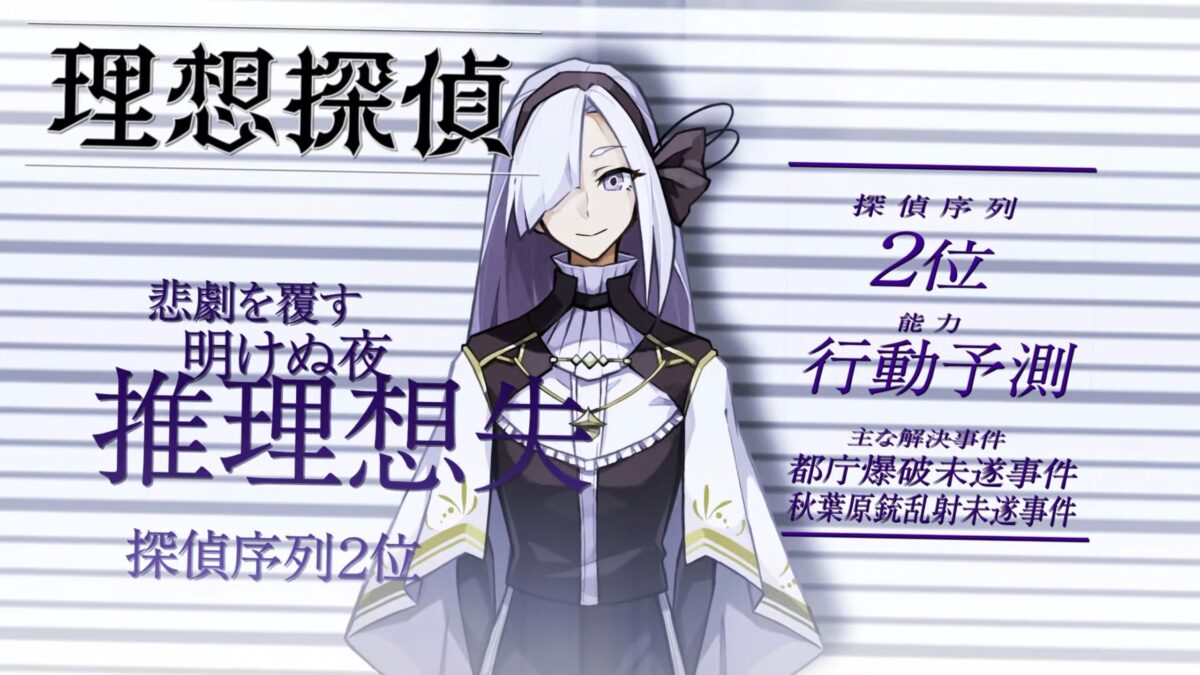 First of all, a demo is going to be released tomorrow, May 13. It’ll be only in Japanese and it’ll appear both on the local PlayStation Store and Nintendo eShop. It’ll feature the first chapter of the game and saved games will carry over to the release version.

We also get three trailer featuring more detectives, the Perfect Detective, the Noble Detective, and the Outcast Detective.

As usual, they are part of the “Detective Alliance,” an association of 14 detectives each with their own specific characteristics and abilities that will have to be put to good use to solve a murder mystery.

If you’d like to see more, you can enjoy the first trailer and plenty of screenshots, more trailers introducing more members of the cast, another focusing on the Gourmet Detective, one starring the Science Detective, three more showcasing another trio, and one focusing on the Corporate Slave Detective.