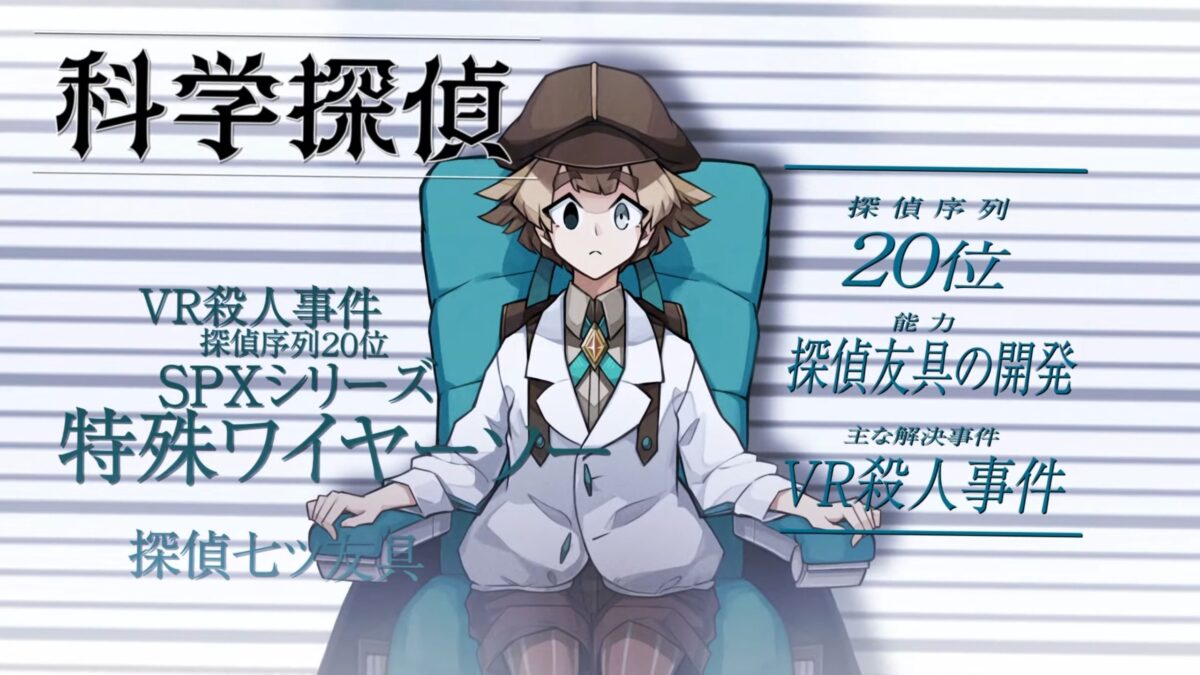 The trailer showcases another of the characters that will be available in this peculiar game, nicknamed “Science Detective.” He is voiced by Emiri Katou, whom you may know as Raven in the Rune Factory series and Sierokarte in Granblue fantasy.

He is part of the “Detective Alliance,” an association of 14 detectives each with their own specific characteristics and abilities that will have to be put to good use to solve a murder mystery.

His name should offer some hints to what his abilities are like. While the trailer is brief, we can still see what he looks and sounds like.

If you’d like to see more, you can enjoy the first trailer and plenty of screenshots, more trailers introducing more members of the cast, and another focusing on the Gourmet Detective.