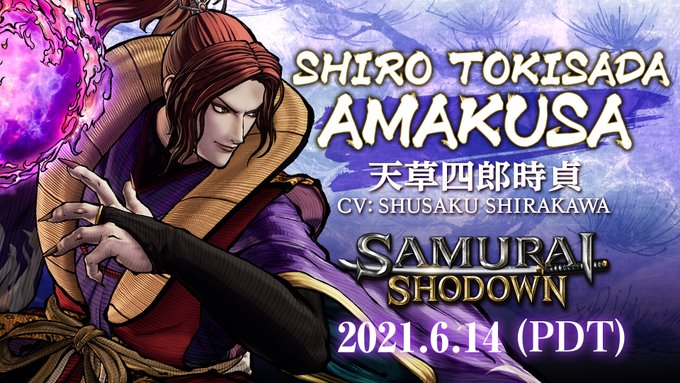 Today SNK had a couple of announcements to make about its popular fighting game Samurai Shodown.

First of all, we get the reveal of the next DLC character, and it’s Shiro Tokisada Amakusa, returning from the past of the series.

He will be released on June 14 and he’ll be the third DLC character in the third season pass.

The second relevant piece of news is that the PC version of the game is coming to Steam on the same date, following the Epic Games Store version that has been out for a long while.

The first and second characters of the third season pass, Cham Cham and Hibiki Takane, are already available, while one more character remains to be revealed.

We already know that it’ll be a guest character coming from another series, more precisely Arc System Works’ Guilty Gear.