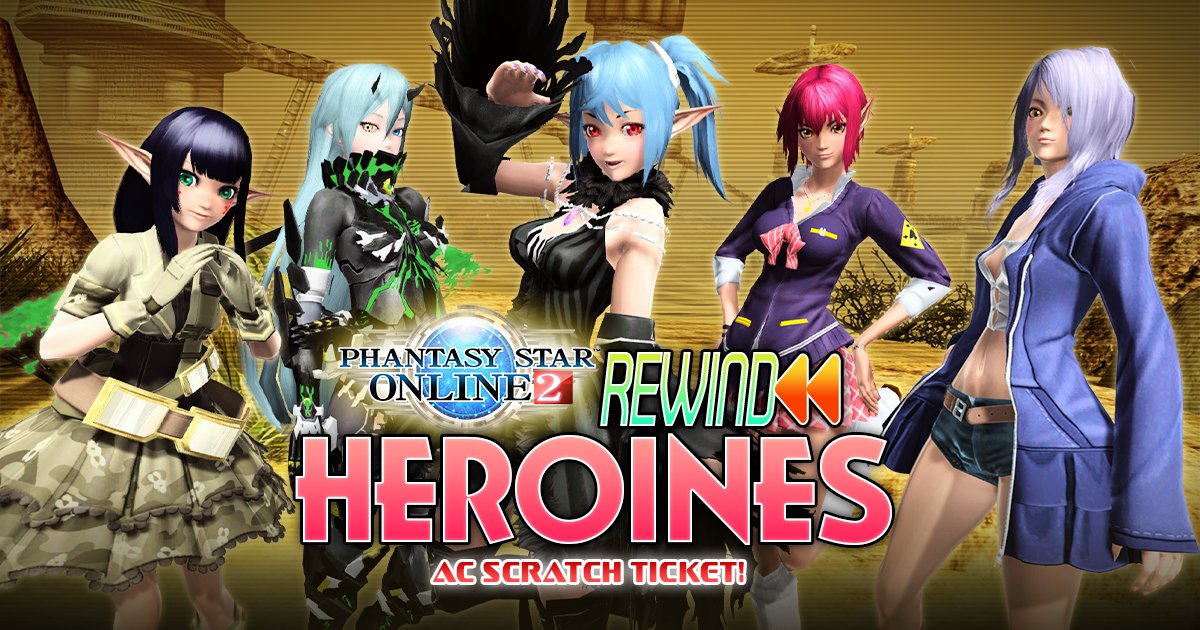 They both become available tomorrow and will be active for a while. A precise date has not been made available.

As usual, you can take a look at the trailer below to see the main items, while the full catalog is published on the official website (Rewind Heroines/Rewind Heroes).