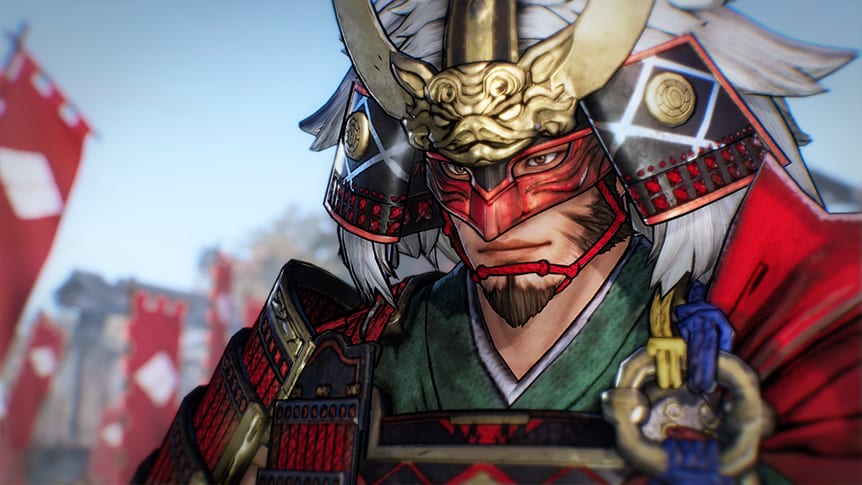 Today Koei Tecmo released new screenshots, art, and details about more of the characters that will appear in Samurai Warriors 5.

The great daimyō headquartered in Kai.
A solitary hero, infamously known as “The Tiger of Kai.” The leader of a powerful army of horseback riders, he fights to conquer these turbulent times. He believes that the world cannot be brought under control, and despises Kenshin Uesugi and his belief in his “path of righteousness.”

The great daimyō headquartered in Echigo.
The noble courageous general referred to as the “God of War.” In order to advocate “the path of righteousness” that he believes in, he works to expand his noble war to every region. The way he pursues his own path in life would have a large impact on Mitsuhide as well.

The great daimyō headquartered in Aki.
A cool-headed veteran and a resourceful general. He aims to take advantage of the country’s disorder and freely plans his schemes. He went from being a regional feudal lord to a powerful figure who rules the entire Chūgoku region of Japan. In the battle with the Amago family, Motonari encounters Shikanosuke Yamanaka.

The great daimyō of Yamato.
While he has the demeanor of a gentleman, he would not balk at the idea of slaying a shogun if it was in the pursuit of creating his ideal world. He views Mitsuhide as a person of exceptional talent who is fit to be a part of the ideal world he believes in.

The third son of Motonari Mōri.
A proud tactician who holds the future of the Mōri family on his shoulders. Fearless in youth, he never distrusts his wit and intelligence, and has full confidence in everything that he does. During his battle with the Amago family, he often clashed with Shikanosuke.

You can also check out the previous gallery of screenshots.