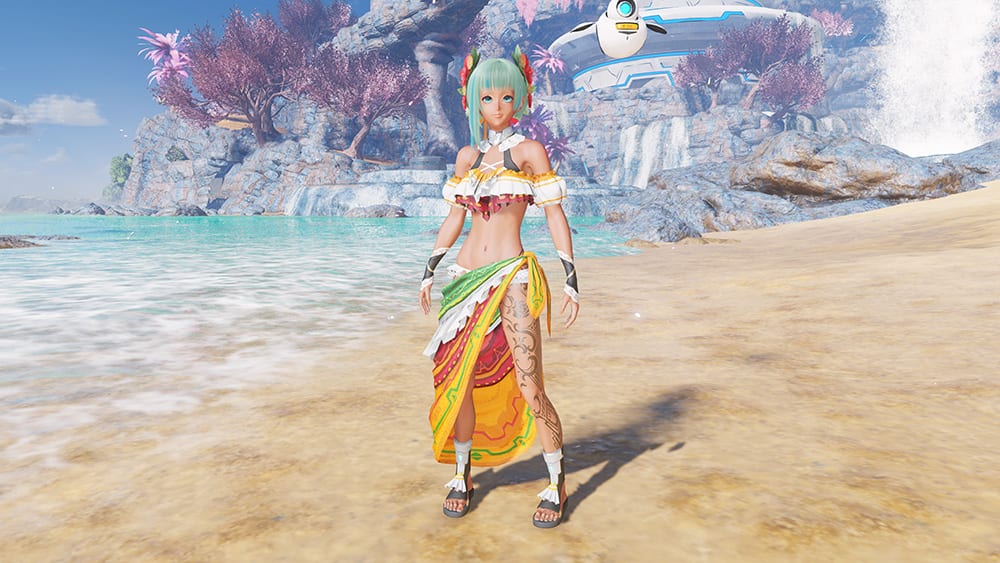 The Japanese arm of Sega released a batch of new screenshots and art of Phantasy Star Online 2: New Genesis, also showing some of the cool things the west doesn’t get.

The screenshots provide a quick look at the game’s world and character design, on top of the swimsuits and “crawl” swimming animation that are included in the “Starter Packages” revealed earlier this week.

We also get to see the box art for the standard edition and for the limited edition, neither of which will be released in the west. We have to get them digital for $43 for each of two packages.

The limited edition comes with a spiffy cover portraying the two heroines Aina and Mannon and includes a mini-soundtrack.

In the gallery you can also see the art in the works for the physical retailer-specific bonuses, which include tapestries, mouse pads, and posters. This is a common practice in Japan, where physical retailer-specific bonuses come with lovely bespoke art and are often considered collector’s items. That’s another of the good things we usually don’t get.

If you’d like to know what to expect, you can check out the news from the first livestream about the game, those from the second, and the latest from earlier this week.