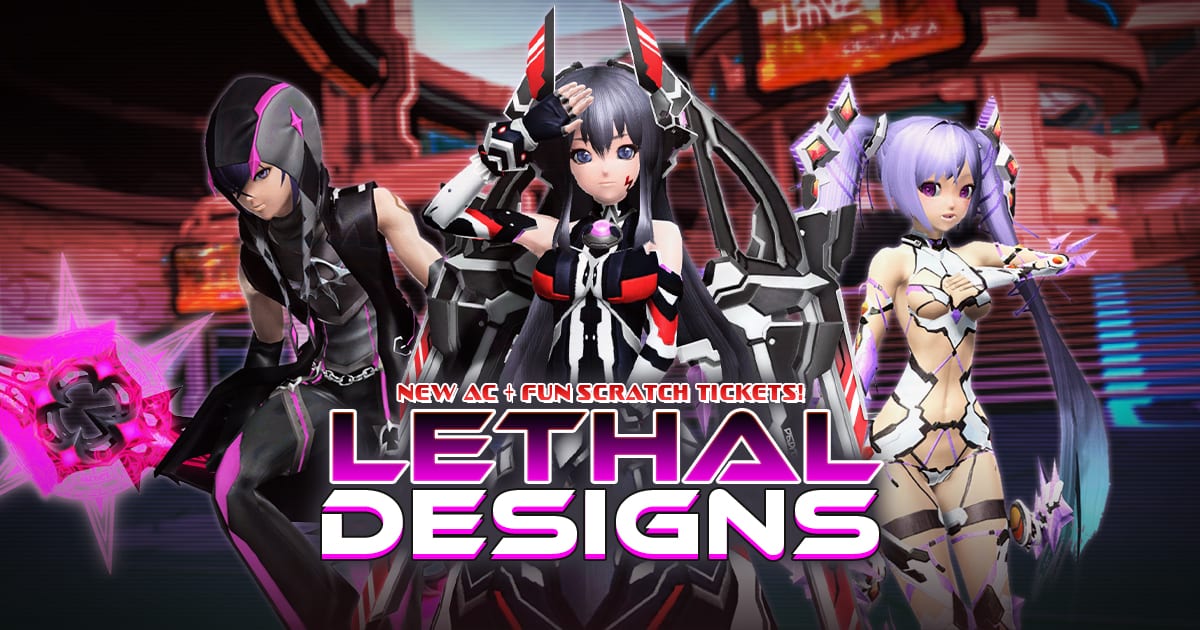 The collection includes a variety of fashion items and accessories, from full outfits to CAST parts.

Also as usual, Sega doesn’t really mention in the official announcement what this collection is actually focusing on. Many of its designs are based on the Weaponoids from the Phantasy Star Online 2 es mobile game. I guess they’re afraid to confuse their fans mentioning a game that isn’t available in the west.

Weaponoids are  personified versions of weapons, and that’s where the “Lethal Designs” title comes from.

The collection will be available tomorrow, April 7, and it’ll disappear on May 5. As usual, you can take a look at the trailer below to see the main items, while the full catalog is published on the official website.