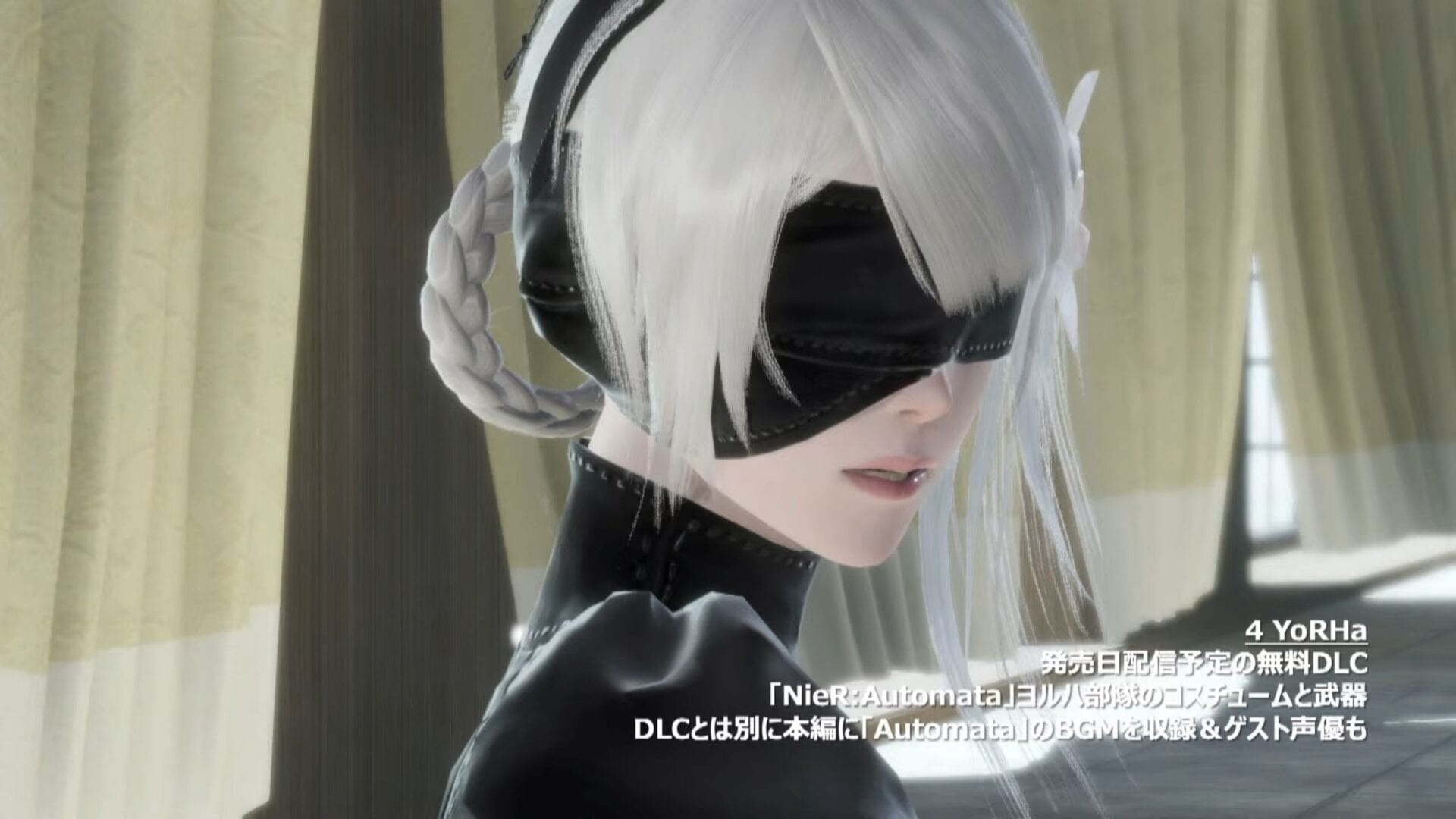 The gameplay, which you can see below, immediately started by showing how responsive and quick the controls are. Doubtlessly this is more than a remake, and will prove very familiar to those who loved NieR Automata.

Next is a look at gameplay featuring the older version of Nier (not dad Nier, mind you), who has a different action style. The bullet hell gameplay style has also certainly been preserved.

We then get a trailer revealing what is defined “Extra Content” with the 15 Nightmares dungeon that was originally delivered as DLC. It’ll let us play as “dad Nier” (the protagonist of NieR Gestalt) and receive bonus costumes when cleared. We also see an extra episode titled “Mermaid,” from a story that was originally released as a short novel.

The 4YoRHa free DLC with costumes from NieR Automata has also been released. It’ll launch on day one.

Below you can also see two of the costumes of the 4YoRHa DLC in action.

Interestingly, toward the end of the livestream, we also hear that Square Enix is looking to hire developers for its Business Division 4 for NieR-related work. The company is seeking a scenario designer, art director, and assistant producer. More details about these jobs will be announced tomorrow (April 20).

We also get a rather… yummy trailer that shows a pizza made by an Italian restaurant in collaboration with Garage Pizza dedicated to the game. It shows some gameplay, but it certainly focuses more on the pizza.

Lastly, even more gameplay featuring the virtual idols from GEMS Company was showcased, on top of two videos dedicated to the upcoming original soundtrack.

If you’d like to see more, you can enjoy the original trailer of NieR Replicant ver.1.22474487139…, the announcement for the west, and the first screenshots, another recent gameplay video, another gallery, a gameplay trailer, and one focusing on the English cast.